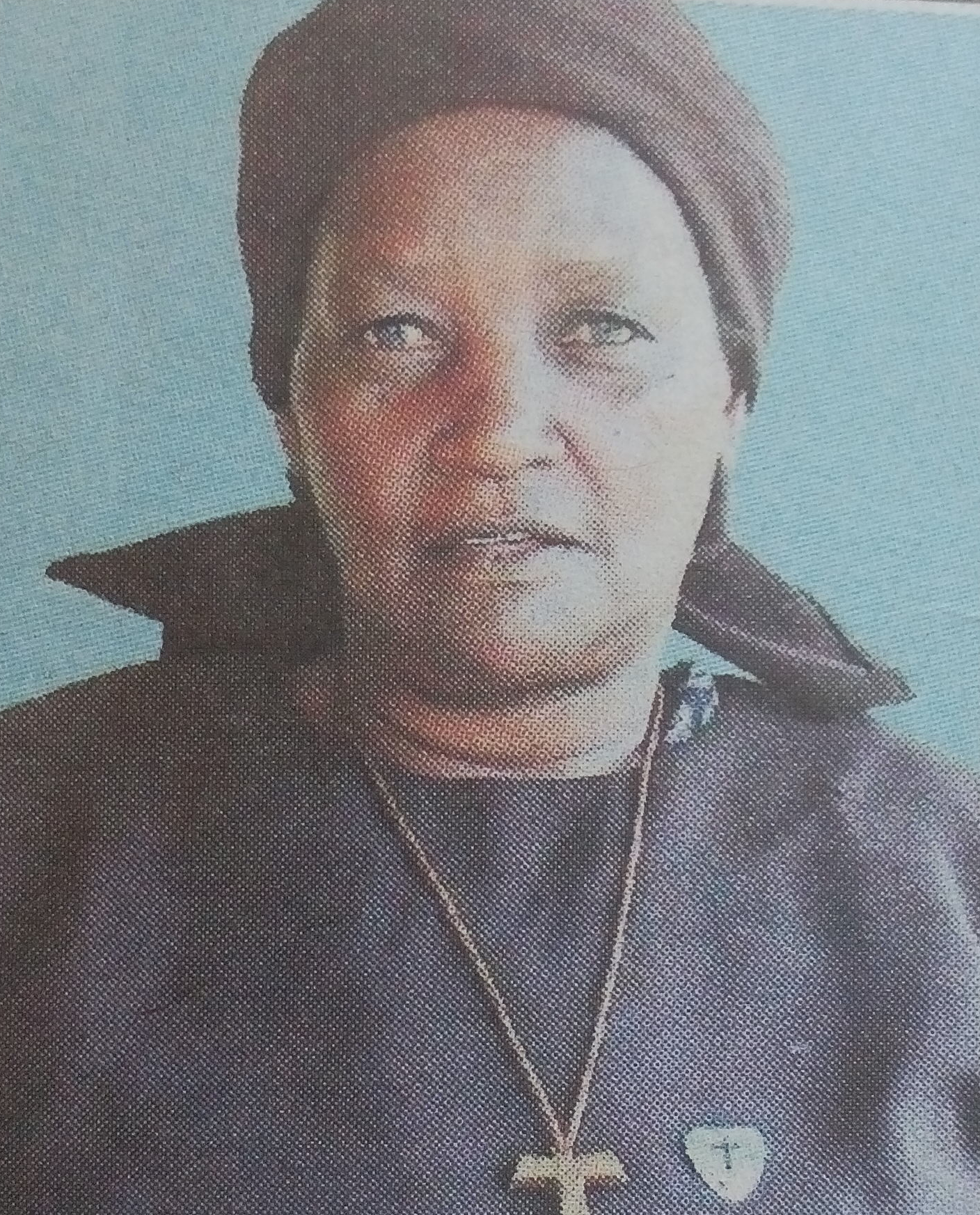 Prayer meetings and funeral arrangements are being held daily at her Kiamunyi home, Nakuru at 5pm.

The cortege leaves PNN Ngari Funeral Home next to Mediheal Hospital Nakuru at 9.30 am on Monday 30th January 2017 for a funeral service at St. Augustine Catholic Church Kiamunyi, Nakuru at 10am and thereafter to be laid to rest at her Kiamunyi farm Nakuru.

Eternal rest grant her 0 Lord and let Perpetual Light Shine upon her. May she rest in peace, Amen.