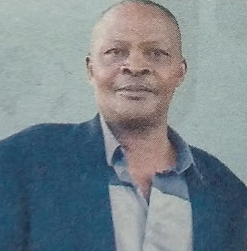 It is with deep sorrow that we announce the passing on of Peter Muthee Mutura (Solid) of Mutunguru Village, Ndarugu, Kiambu County.

He is the son of the late Paul Mutura and the late Elizabeth Wanjiru. Loving of Mary Mbuiya Muthee (Ndarugu Secondary School).

Family and friends are meeting at his home in Mutunguru Village from 3pm for funeral arrangements and prayers.

The cortege leaves KU Funeral Home on Wednesday 20th April 2022 at 8am followed by the funeral ceremony at Mutunguru Village, Ndarugu, Gatundu South.