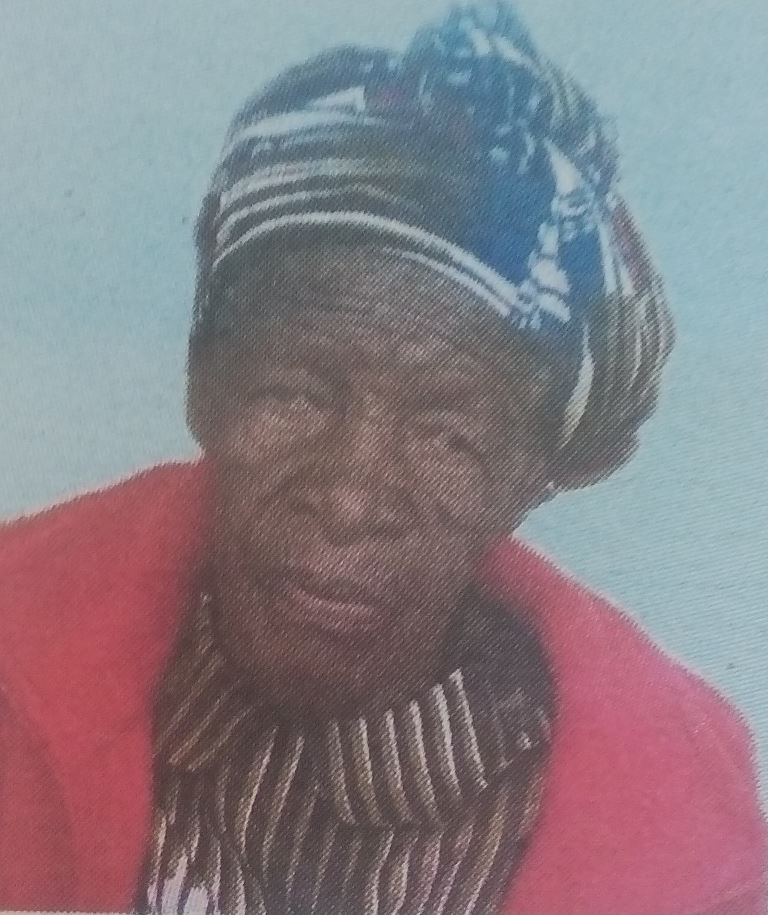 It is with humble acceptance of God that we announce the promotion to Glory of the late Rachael Kasuni Mwangangi which occurred on 8th September 2017.

Burial arrangement meetings will be held on Tuesday 12th, Wednesday 13th starting at 5:30pm at Rapid Fast Food (KICC) and a final fundraiser on Thursday 14th September 2017 at Tintin Restaurant (KICC) at 6.30pm. The cortege leaves Mater Hospital Mortuary on Saturday 16th September 2017 at 6:30am for burial on the same day at her ancestral home Kateiko Village, Mui location, Mwingi East District-Kitui County.

“Blessed are those who die in the Lord”. Rest in peace