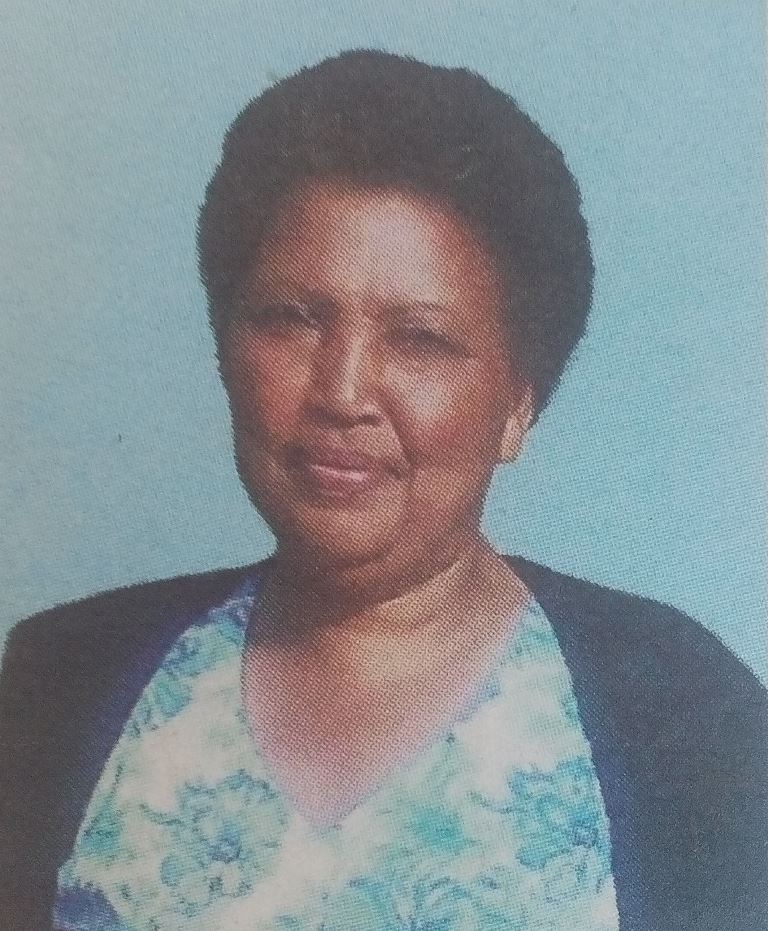 It is with humble acceptance of God’s will that we announce the passing of Rachel Nyambura Gaku on 1st September 2017.

Friends and family are meeting at Amber House (Right opposite Tuskys bus station), Home and Away Hotel, Naivasha Hail at 5:30PM and at their home in Gatitu village.

A memorial service will be held on 6th September 2017 at ICC West Campus at 2PM. The cortege leaves Umash Funeral Home on 8th September 2017. Funeral service and burial will take place in Murang’a, Kandara, Kiranga/Gatitu on the same day.

After this I looked and there before me was a door standing open in heaven. And the voice had first heard speaking to me like a trumpet said, “Come up here, and I will show you what must take place after this.” Revelation 4:1