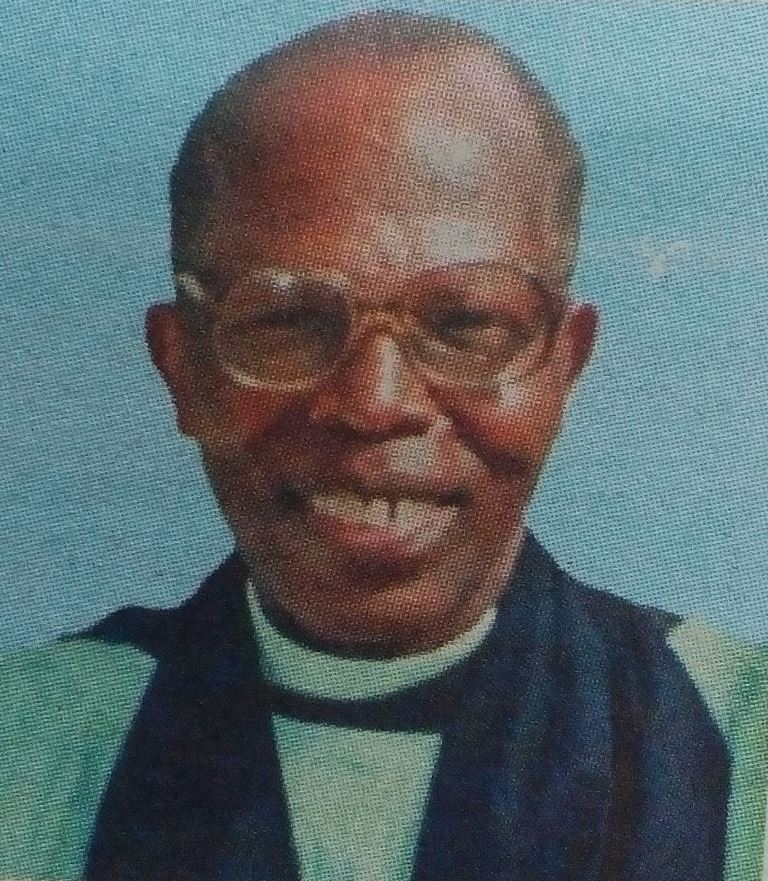 It is with humble acceptance of God’s will, that we announce the death of Rev. Elisaphan Wanderi Ngari, on 28th July 2017 at Metropolitan Hospital. He hailed from Nyagatugu village, Rwathia Location, Kangema Division, Murang’a County.

There will be a memorial service at ACK St. James Buruburu on Thursday, 3rd August 2017 at 12 noon. Family and friends are meeting daily at St. James Church Buruburu at 5.30pm & at the All Saints Cathedral on Wednesday, 2nd August for burial preparations. The cortege will leave Umash Funeral Parlour, Mbagathi Road on Friday, 4th August 2017 for the burial service at ACK St. Peters Nyagatugu and thereafter, laid to rest at his farm in Nyagatugu.

2 Timothy 4:7 have fought the good fight, I have finished the race, I have kept the faith.