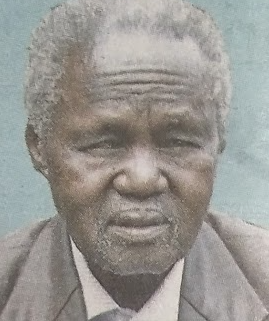 It is with humble acceptance of God’s will that we announce the promotion to Glory of our beloved Patriarch, Rev (Rtd) Reuben Kiprop Cherutich of Kapkut Village, Kapropita Ward, Baringo Central Constituency, Baringo County that occurred on Wednesday, 6th April, 2022.

The cortege leaves Kapsowar Mission Hospital on Friday 29th April, 2022 at 2:00 pm for a Memorial Service to celebrate his life at Kapkut AIC and thereafter an overnight vigil at home.