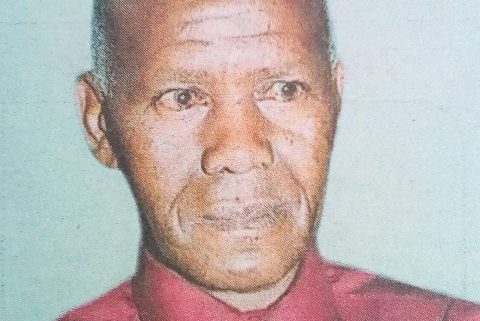 It is with humble acceptance to God’s will that we announce the passing of our beloved Richard Macharia (MEKI) that occurred on 8th June, 2019 in Nakuru.

Family and friends are meeting daily at his home near Stem Hotel and Muko Conference Hall from 5.00pm.

The cortege leaves PNN Funeral Home on Friday 14th June at 7.30am then proceed to Christ the King Cathedral for service and thereafter burial will take place at the Nakuru North Cemetery.

You will always be in our hearts.