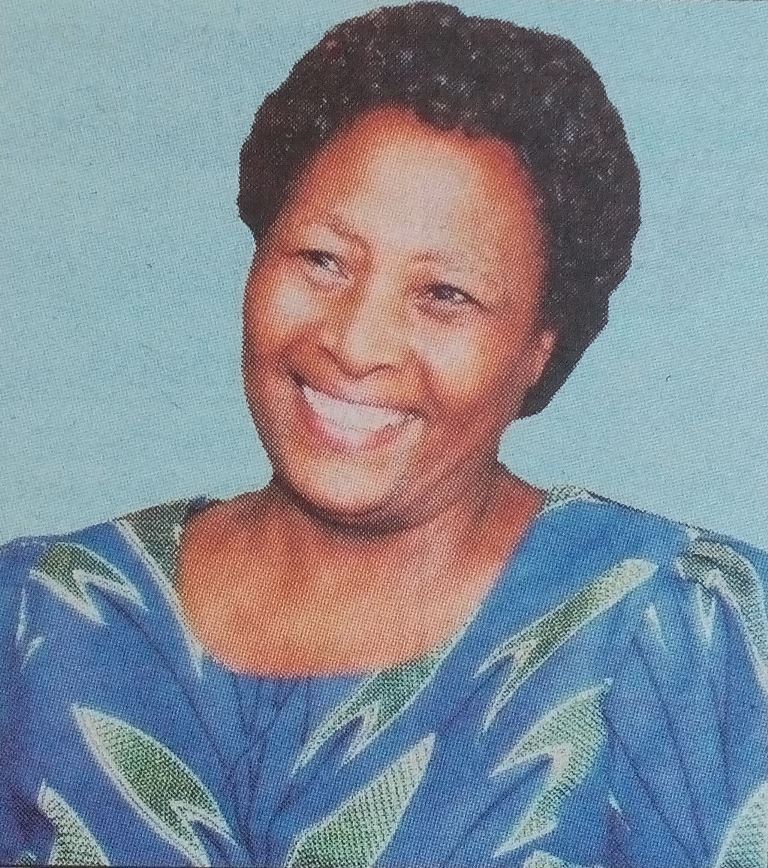 It is with humble acceptance of God’s will that we announce the passing on to glory of Mrs. Rose Mukami Mwangi of Kambara village, Gakoe location, Murang’a County.

A memorial service will be held at A.C.K. St. Philips Jericho on Tuesday the 15th of August 2017 at 2pm 4pm. The funeral will be held on Wednesday 16th August 2017 at Kambara Village, Gakoe location in Murang’a County.The cortege leaves KU Funeral Home at 8am.

“In God’s hands you rest. In our hearts you live forever”