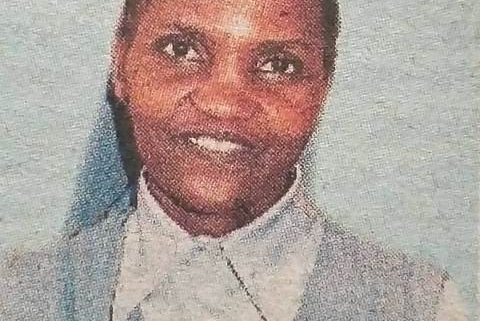 With deep regret and humble acceptance of God’s will, the Assumption Sisters of Nairobi announce the death of Sr. Agnes Wanja, ASN.

The cortege leaves Mater Misericordia Mortuary on Monday 3rd August 2020 at 8.00 am for a funeral Mass and burial on the same day at Assumption Sisters of Nairobi, Uzima Center, Karibaribi,Thika.

“Sr. Agnes you have fought a good fight, you have finished the race and you have kept the faith.

In our hearts you will be forever treasured. Enjoy eternal peace in God’s loving Hands.  Amen. (2 Timothy: 4:7)