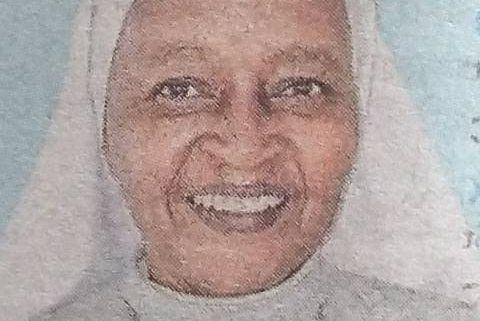 With humble submission to God’s will, Sisters of Mary Immaculate of Nyeri announce the death of Sr. Mary Prisciliah Wanjugu which occurred on Saturday, October 15, 2022 at Nairobi Hospital.

The cortege leaves Our Lady of Lourdes Mwea Hospital Funeral Home on Friday, October 21, 2022 at 3.00pm for Vigil Mass at Sisters of Mary Immaculate Motherhouse, Mathari – Nyeri at 6.00pm. Requiem Mass and burial will be held at the same place onSaturday, October 22, 2022 at 10.00am.