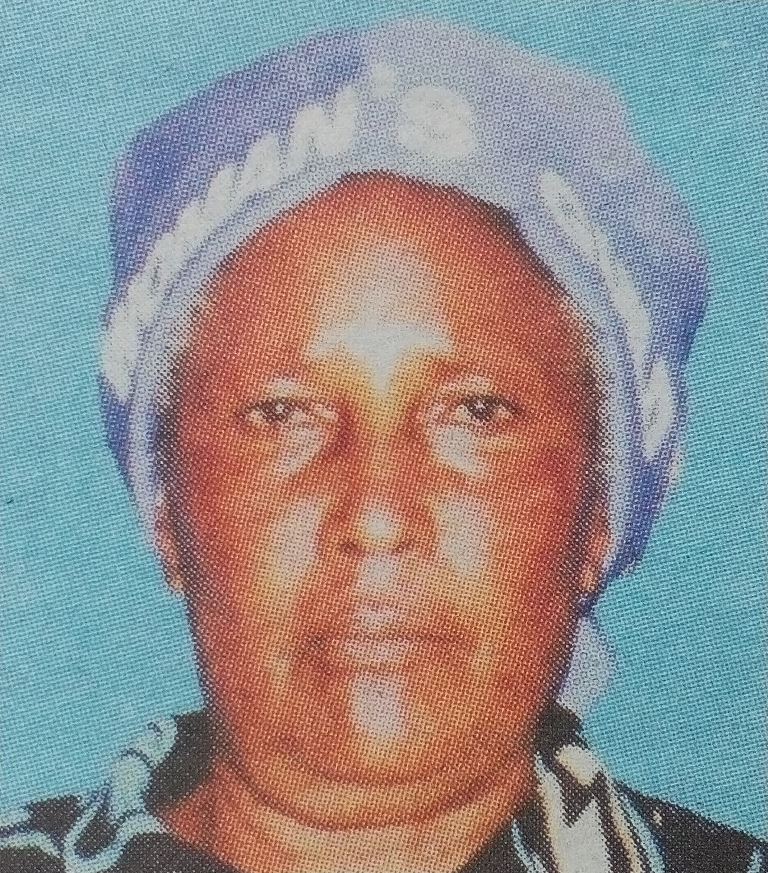 It is with deep sorrow and humble acceptance of God’s will that we announce the passing on to glory of Mrs Alice Nyokabi Mwangi on 23rd July, 2017.

Grandmother, and great-grandmother of many.

The cortege leaves Nyahururu Hospital Mortuary on Saturday 29/7/2017 at 8.00am for funeral service and burial at her home Plot 15 Ndaragwa Scheme from 10.00am.