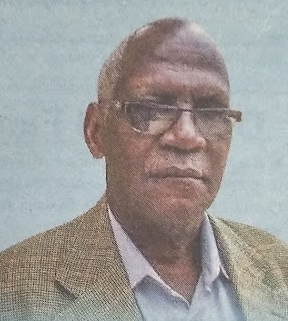 It is with profound sorrow and acceptance of God’s will that we announce thepassing on of our beloved Francis Njaga Mwaura on I st May, 2022.

Son of the late John Mwaura and the late Rahab Gathoni and step-son to the late Dorcas Watiri.

Prayers and meetings are being held daily at his home at Makongeni Estate and at Shuhan Hotel, both in Thika, from 6:00 p.m.

The cortege leaves Montezuma Monalisa Funeral Home – Kabati – on Tuesday, 10th May, 2022 at 7:00 a.m. for funeral service at his home at Kiria-ini in Gatanga, Murang’a County on the same day. .

2nd Timothy 4:7 – I have fought the good fight, I have finished the race, I have kept the faith.