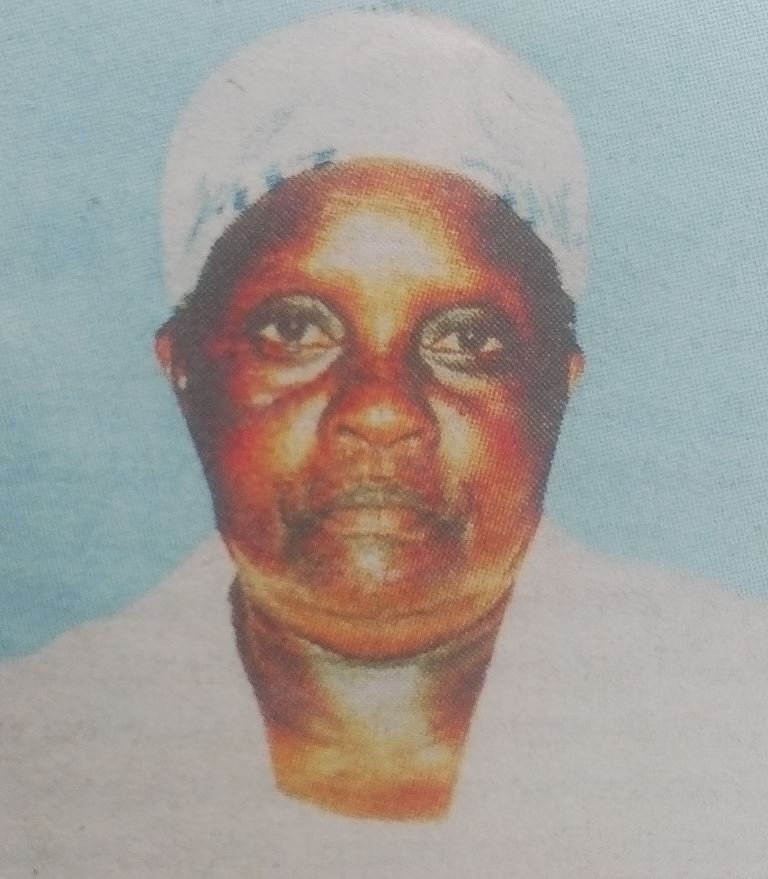 It is with humble acceptance of God’s will that we announce the demise of Hannah Munjiru Kahuthu which occurred on 12th July 2017 at Kiriaeini Mission Hospital Murang’a County.

Family and friends are meeting daily at Mwaki Hardware Kayole, Rico’s Taproom Bee Centre and at Dwoods Lodge Hall Embu Town and at her home Kairichi Village, Murarandia Murang’a County as from 6p.m.The cortege leaves Murang’a County mortuary on Friday the 21st July 2017 at 9a.m for burial at her home in Kairichi village, Murarandia Muranea County.

You have fought a good light and finished the race (2nd Timothy 4:7)

“In God’s you rest in our hearts you win remain live forever”. AMEN