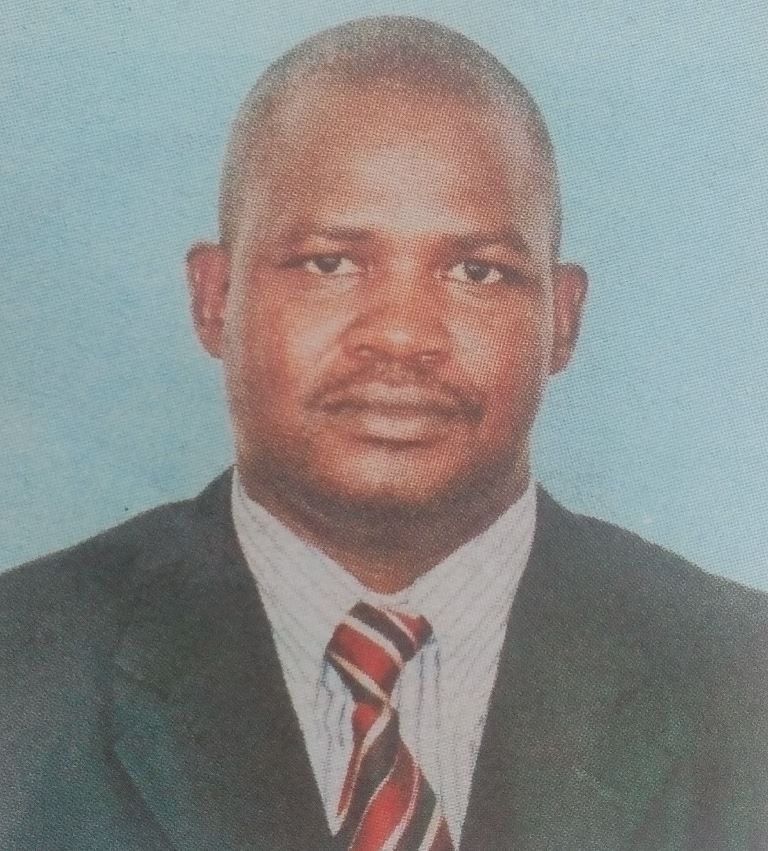 It is with deep sorrow and humble acceptance of God’s will, that we announce the passing to glory of Advocate Jared Ratemo Mokua of KRA, Customs Mombasa that occurred on 12th July 2017 in Nairobi.

Friends and relatives in Nairobi are meeting at Proffessional Centre from 5pm (Wed. I 9th, Thur. 20th & Monday 24th July 2017) and his home in Ruiru (Fri. 21st, Sat 22nd & Sun. 23rd July 2017). Meetings are also ongoing in Mombasa. The main Fundraising will be held on Tuesday 25th July 2017 at Six Eighty Hotel at 5PM, Nairobi. The cortege leaves Chiromo Mortuary on Wednesday 26th July for a Service at his residence in Ruiru, the body will be transported to his Rural home in Egetuki, Ogembo, Kisii County on Thursday 27th July followed by Service and Burial on Friday 28th July.

May your loving soul live with us forever, you will be dearly missed.