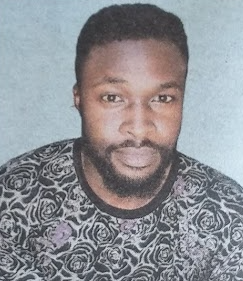 With deep grief and strong hope, we announce the death of Innocent Katu, which occurred on 11th April 2022 through a fatal road traffic accident in Nakuru.

A Memorial Service was held at the ACK Cathedral of the Good Shepherd Church – Nakuru – at 2.00 pm yesterday, Thursday 21st April, 2022.

He will be laid to rest on the morning of Saturday, 23rd April, 2022 at Namasoli Village, Kisa Central Location, Khwisero District, Kakamega County.

May Eternal light shine on them, Lord, With your saints for ever, for you are good.

Give them eternal rest, Lord, And may light perpetual shine upon them, perp for you are good. Amen!