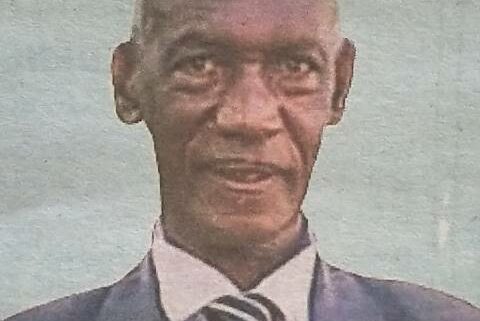 It is with deep sorrow that we announce the passing on of James Kariuki Wallace Chege on 3rd December 2022 after a tragic road accident that occurred on 28th November 2022.

He was a doting grandfather to Catherine Njeri and James Kariuki among others. He was an uncle, cousin and friend to many.

Prayers and meetings for burial preparations are being held daily at his family home in Kahuti,Weithaga Location in Murang’a County.

The cortege leaves Kiria-ini Mission Hospital on Saturday 10th December 2022 at 8AM. The funeral service will be held at ACK St. Johns Gatang’ara Church at 10AM, thereafter the burial will take place at his family home at Kahuti.

“Blessed are the dead who die in the Lord from now on. They will rest from their labour, for their deeds will follow them.”