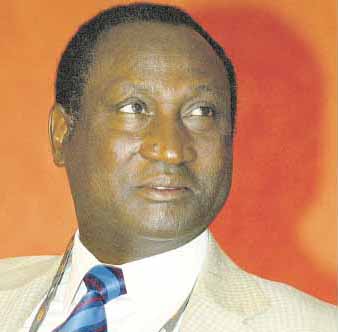 Want create site? Find Free WordPress Themes and plugins.
Veteran athletics administrator Isaiah Kiplagat who has died aged 72 used the force of his character to raise the then lowly Kenya Amateur Athletics Association into a national sporting force.
He swooped into office in 1992, beating then chairman Paul Boit in an election at the Nyayo Stadium. As a well placed secretary general he had quitely canvassed delegates to vote in a new era.
Many in the athletics circles considered him a dictator incapable of taking in an alternative view.
Though his feudal approach alienated many, his vision and ruthless approach would raise athletics standards that won him praise even among his ideological opposites.
In the 2015 World Championships in Beijing, China, the national athletics squad made history by taking seven golds, six silver and three bronze. This type of results worked to silence his critics. Allegations of corruption were quickly ignored or swept under the carpet.
But poor heath for the past seven years slowed down his zeal.
Soon the gathering storm of corruption and looking the other way while Kenyan athletes embraced doping as a means to win races took its toll. He would be hounded out of office together with his long secretary general David Okeyo and treasurer Joseph Kinyua after a suspension.
Kiplagat was elected five times as chairman unopposed even though each time an election loomed, his shrill rivals would mount an effort that would be scattered in the final weeks.
But calls for his resignation intensified in 2013 after a push by 14 of the 16 Athletics Kenya branches demanding a change of guard.
With his health in bad shape, but his fighting spirit in full swing, he appointed Lt General (rtd) as caretaker boss as he set about campaigning for arrange a camapign for the seat of vice chairman on the IAAF, the world athletics governing body. Unfortunately, he was unsuccessful.
One of his major rivals former marathoner Moses Tanui mourned Kiplagat and acknowledged that Kiplagat was the cornerstone of AK.
Did you find apk for android? You can find new Free Android Games and apps.
https://obituarykenya.co.ke/wp-content/uploads/2016/08/Isaiah-Kiplagat-1.jpg 332 338 Obituary Kenya https://obituarykenya.co.ke/wp-content/uploads/2020/05/Life-in-Legacy-Logo.jpg Obituary Kenya2016-08-25 11:16:012016-08-25 11:45:40Isaiah Kiplagat
0 replies