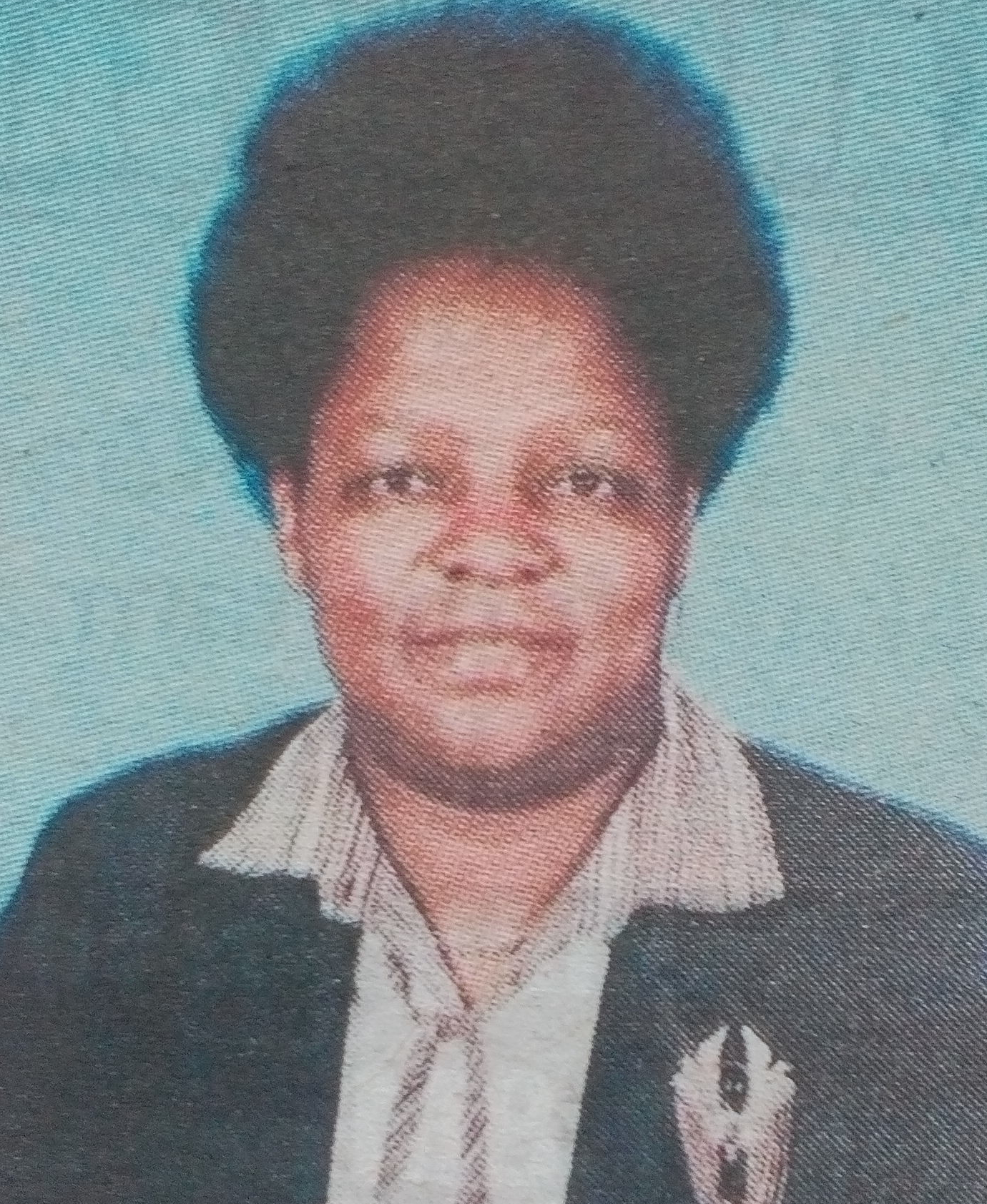 Prayer meetings are being held daily at her residence in Buruburu Phase 5 House No. 599. There will be a Requiem mass on Wednesday, 15th February at Blessed Sacrament Church, Buruburu at 2.30pm. A Fundraiser will be held on the same day at Professional Centre from 5pm.

The cortege leaves Umash Mortuary on Thursday at 2pm for her residence for an overnight vigil from 7.30pm. On Friday, the body leaves for Nyakach, Gem-Rae. Burial will be on Saturday, 18th February at her homestead.

She has fought a good fight, finished the race and kept the faith. In god’s hands you rest, in our hearts you live forever. Amen.