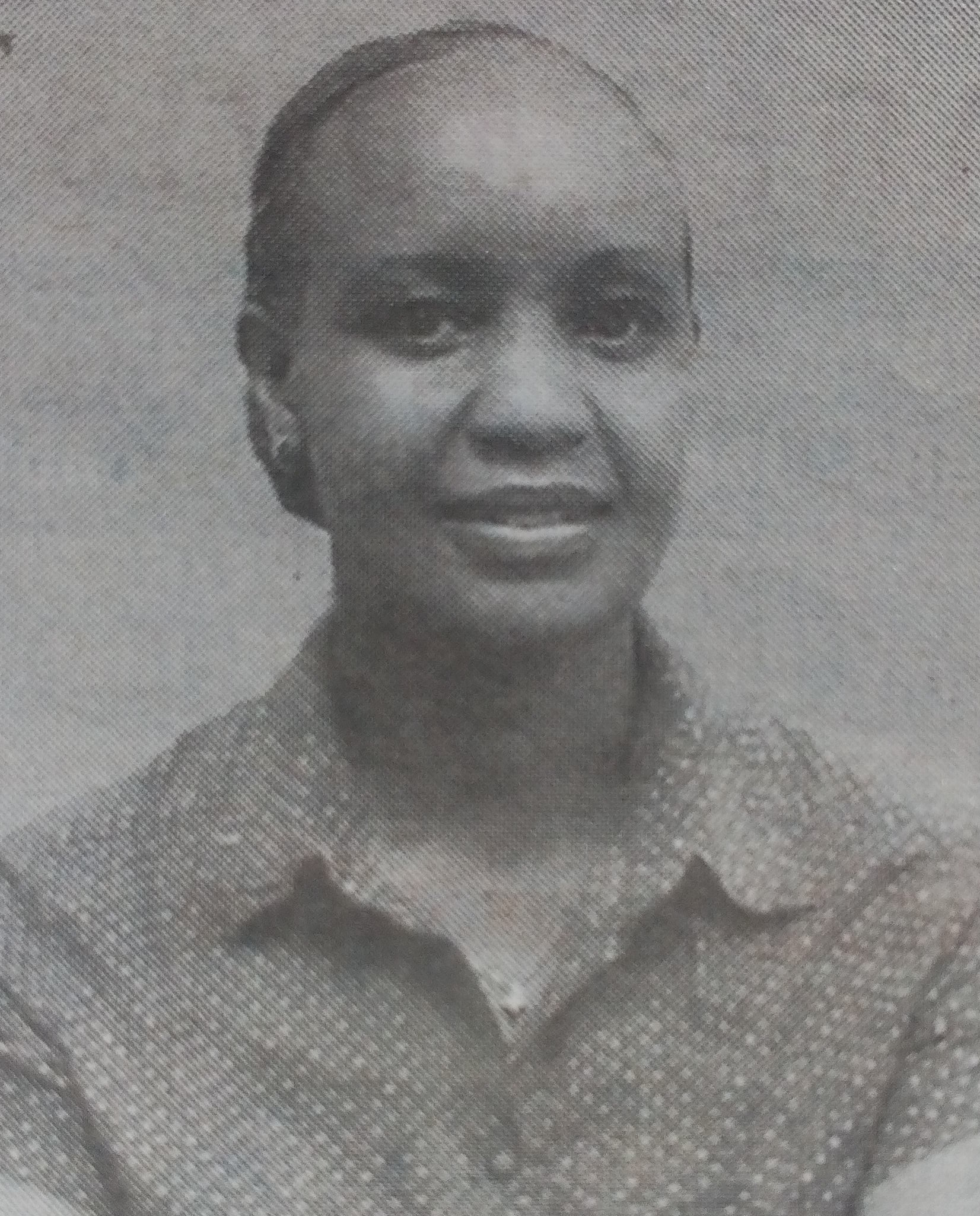 It is with humble acceptance of God’s will that we announce the death of Bridgit Mbithe Nzioka which occurred on 31st January 2017.

Burial will take place on Tuesday 7th February at her home in Mbiuni, Kyambusa Village.

The cortege leaves Monalisa Funeral Home Machakos on 7th February 2017 at 9am for funeral service at her home and later burial.

In God’s hands you rest, in our hearts you remain forever