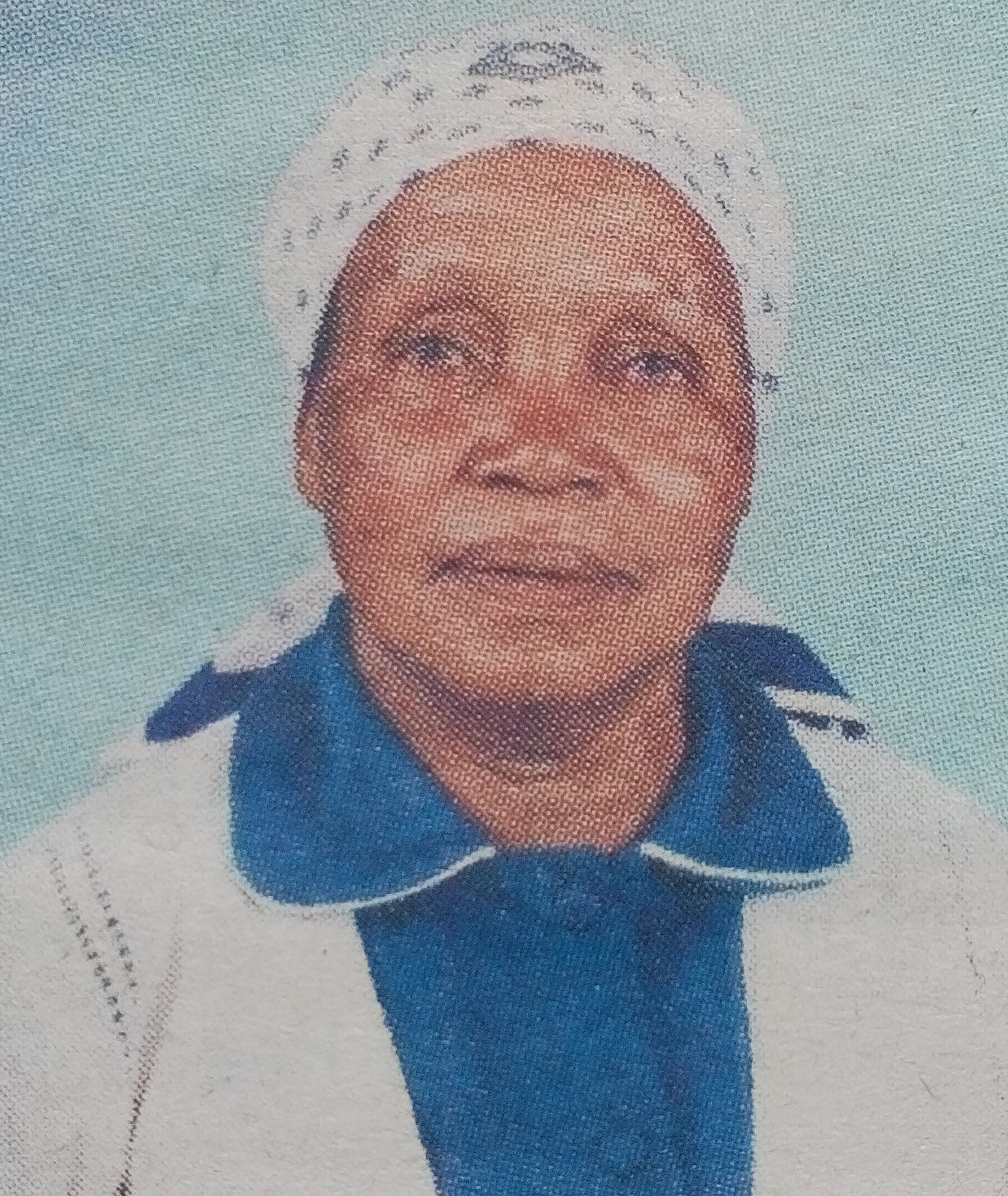 We regret to announce the death of Eunice Nyang’endo Kuria of Kereita Kimende. Wife of the late Kuria Gichuhi.

Friends and relatives are meeting at her home in Kimende and at her daughters home, Rachael Wamaitha Kamau in Kangemi along Waiyaki Way near Shell Petrol Station.

The cortege leaves Uplands Funeral Home in Kimende on Tuesday 14th February 2017 at 9.00a.m for her home in Kimende near the D.C’s office for Service and Burial from 11a.m.

“I have fought the good fight, I have finished the race, and I have kept the faith” 2 Timothy 4:7