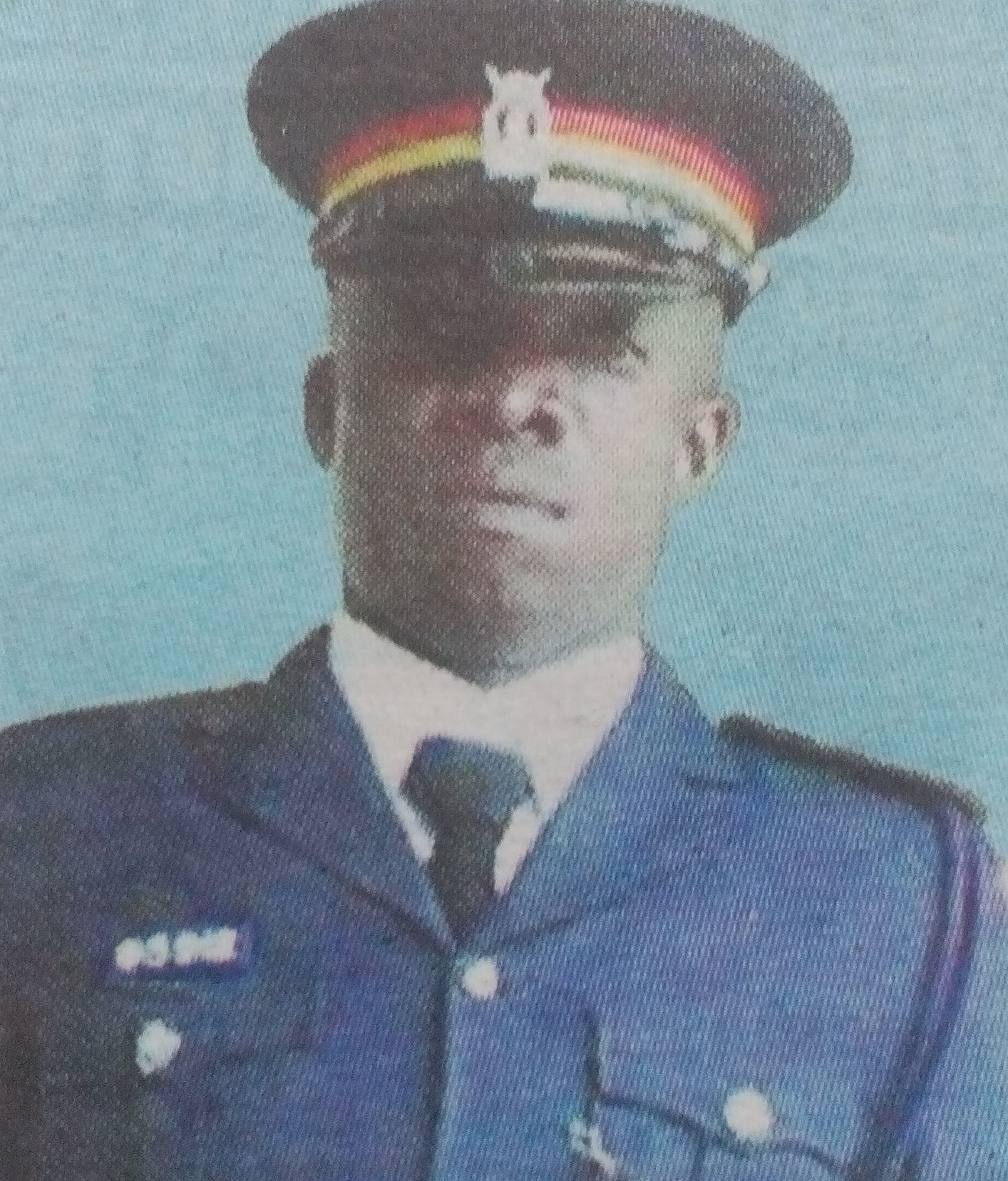 It is with humble acceptance of God’s will that we announce the death of PC James lim-Mackos” Makokha, who died on 22nd February, 2017 in the infamous Embakasi shooting.

Jimmy is survived by his wives Phanis Naliaka (separated) and Kate Ndunge and children Anne, Mark and Emmanuel. Son of Moses Makokha and Anne Makokha (Kapsara). Brother of Jacqueline and Mori, Hellen and Joseph, Paul and Jacqueline, Eddy, Sammy and Chris. Nephew and Cousin of Waluchwatis (Naitiri) and Watiangus (Chesamisi). Uncle of many. Friends and relatives are meeting for condolences, prayers and funeral arrangements at Utawala. There will be a fundrdising on 1st March 2017 as from 6:30 pm at Embakasi Police Canteen.

The cortege leaves Kenyatta University Funeral Home on 4th March 2017 at 6:30 am for his final resting place at his home in Kitale, Kabolet “Mbioni” village, Michai Sub-location.

“Blessed are the peace-makers for they shall, see God”