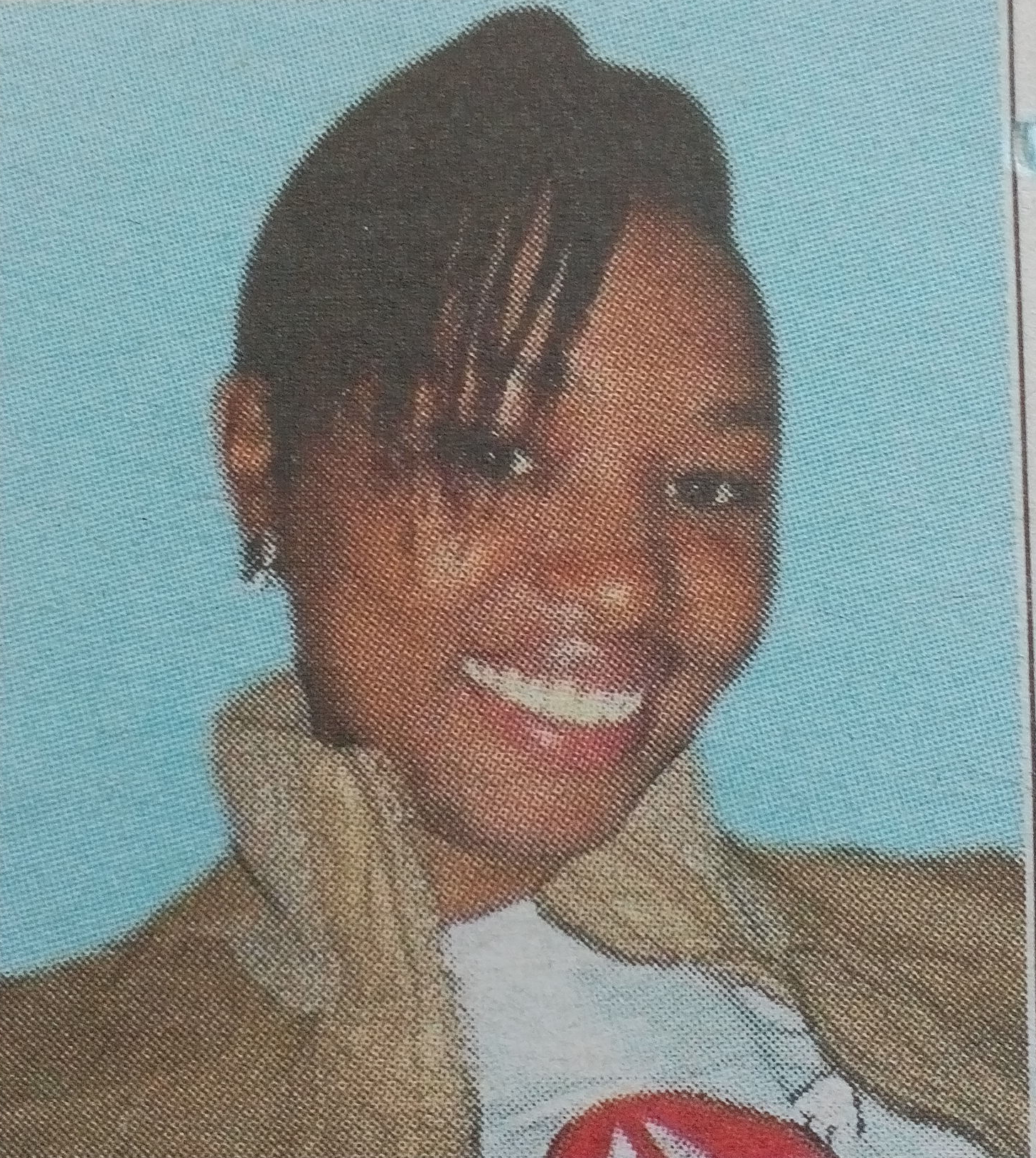 It is with deep sorrow that we announce the sudden death of Agnes Mbatha Kaloki on 21/12/ 2016. Through Asthma complications.

Friends and family are meeting daily from 5 pm at silver bar Riabai Kiambu, on your way to Migaa Estate. She will be laid to rest on 30th December 2016 at Mananja past Kenol Kabati, Matema Area.