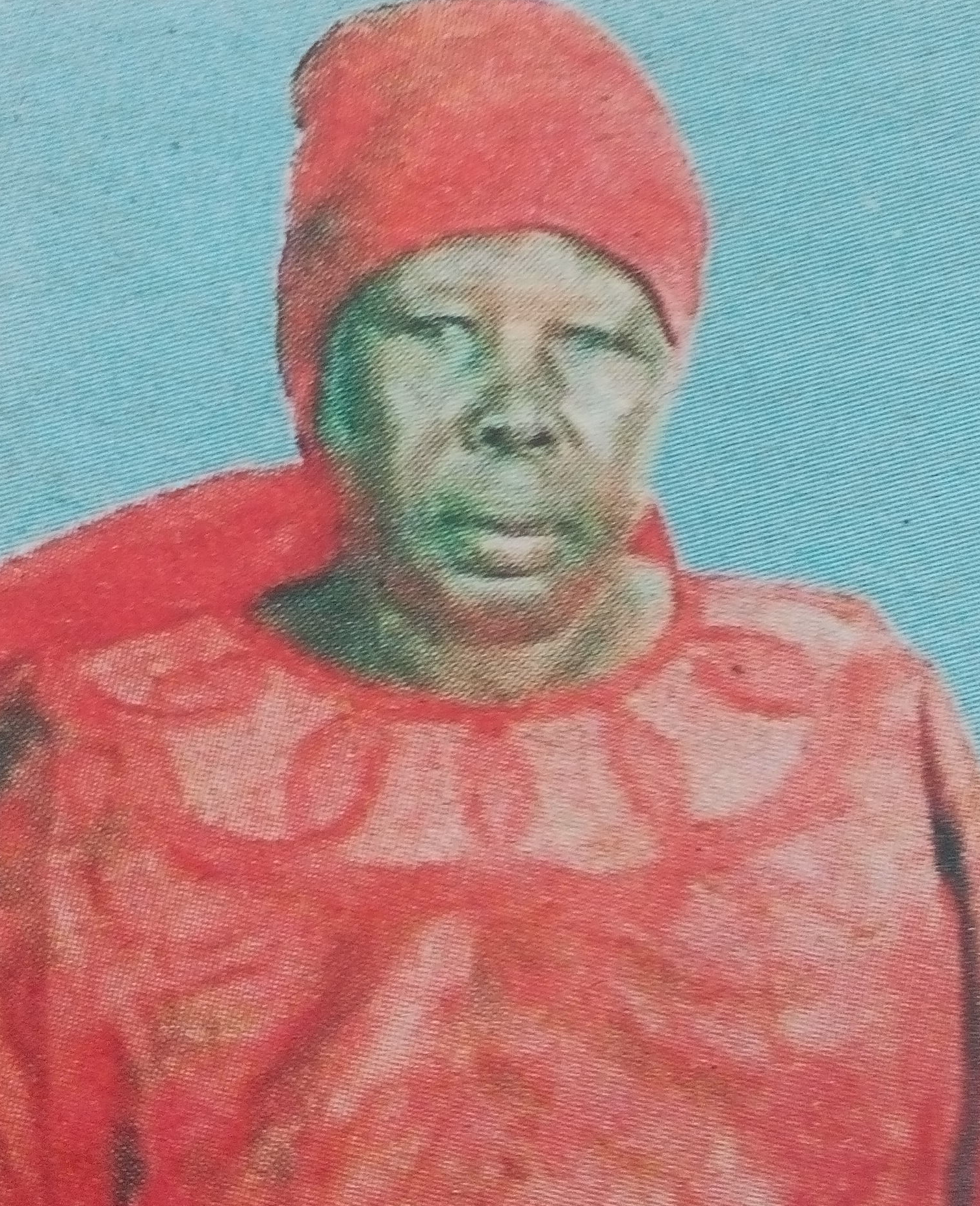 It is with deep sorrow and acceptance of God’s will that we announce the death of our mother Mrs. Annah Oballa, wife of the late Mzee Barnabas Oballa Nyalik of Kano Kolwa, Buoye Village, Kisumu County.

There will be fund raising on 30th March 2017 at All Saints Cathedral from 5 pm and another one on Saturday 1st April 2017 at the Professional Centre Nairobi from 2.00 pm.

The cortege leaves Aga Khan Mortuary Kisumu for a requiem mass on 7th April 2017, at St. John XII Catholic Rabuor Parish. Funeral and burial service will be held at her home Buoye Village on 8th April 2017 from 9.00 am.