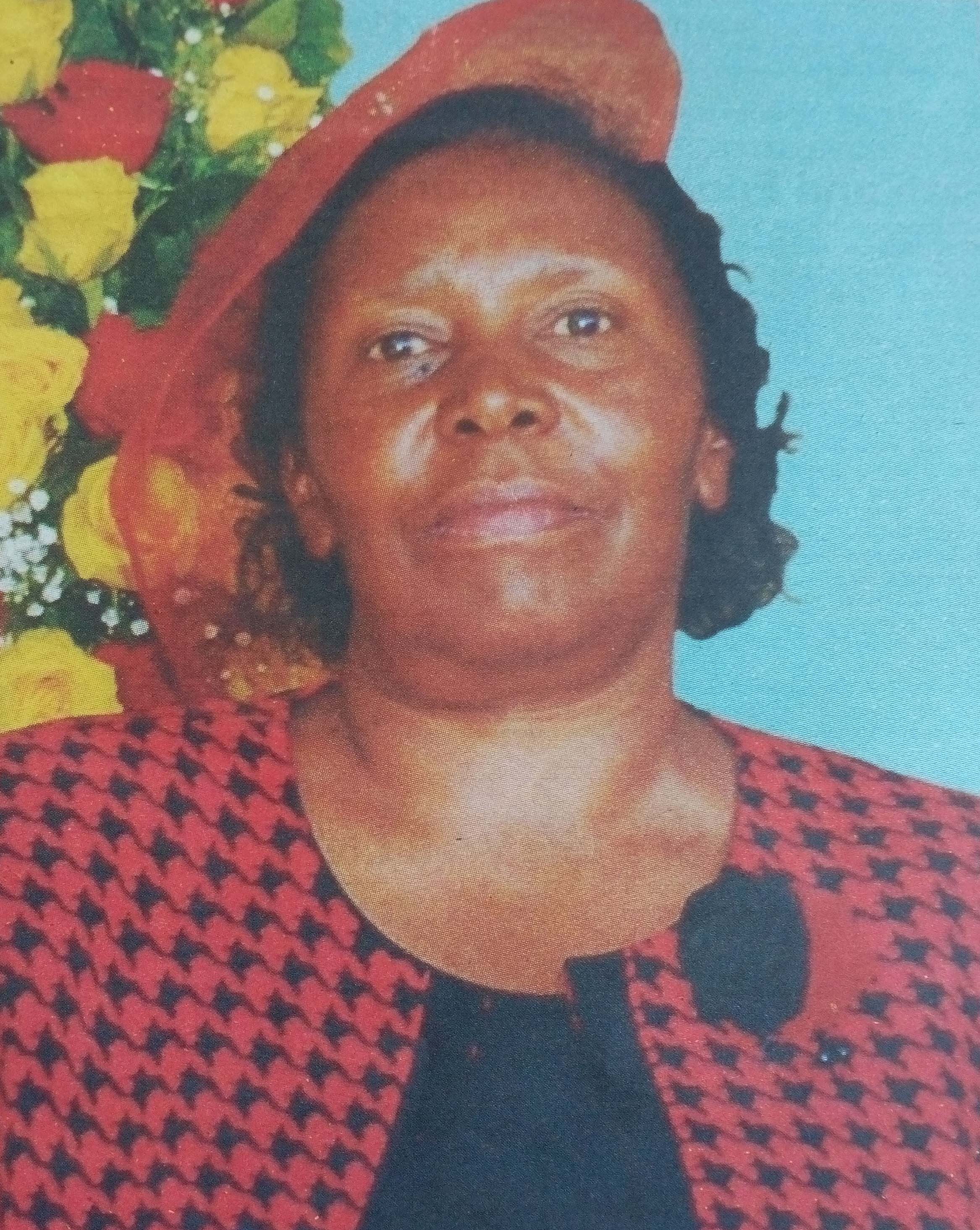 It is with humble acceptance of God’s will that we, the family of Joakim Gachanja Mungai announce the passing on of Mrs Anne Wanjiku Gachanja, a teacher at Muruguru Girls’ High School.

Relatives and friends are meeting daily from 3pm at their home in Muruguru (Kwa Power Junction) along Nyeri – Karatina road for prayers and funeral arrangements.

The cortege leaves Nyeri Outspan Hospital Mortuary on Friday 17th March 2017 at 9am. The funeral Mass will be held at St Benedict Kiamuiru Catholic Parish along the Nyeri – Karatina road from 10.30am. Thereafter, she will be laid to rest at the family home in Muruguru.

In God’s hands you rest but your memories will be treasured in our hearts forever.