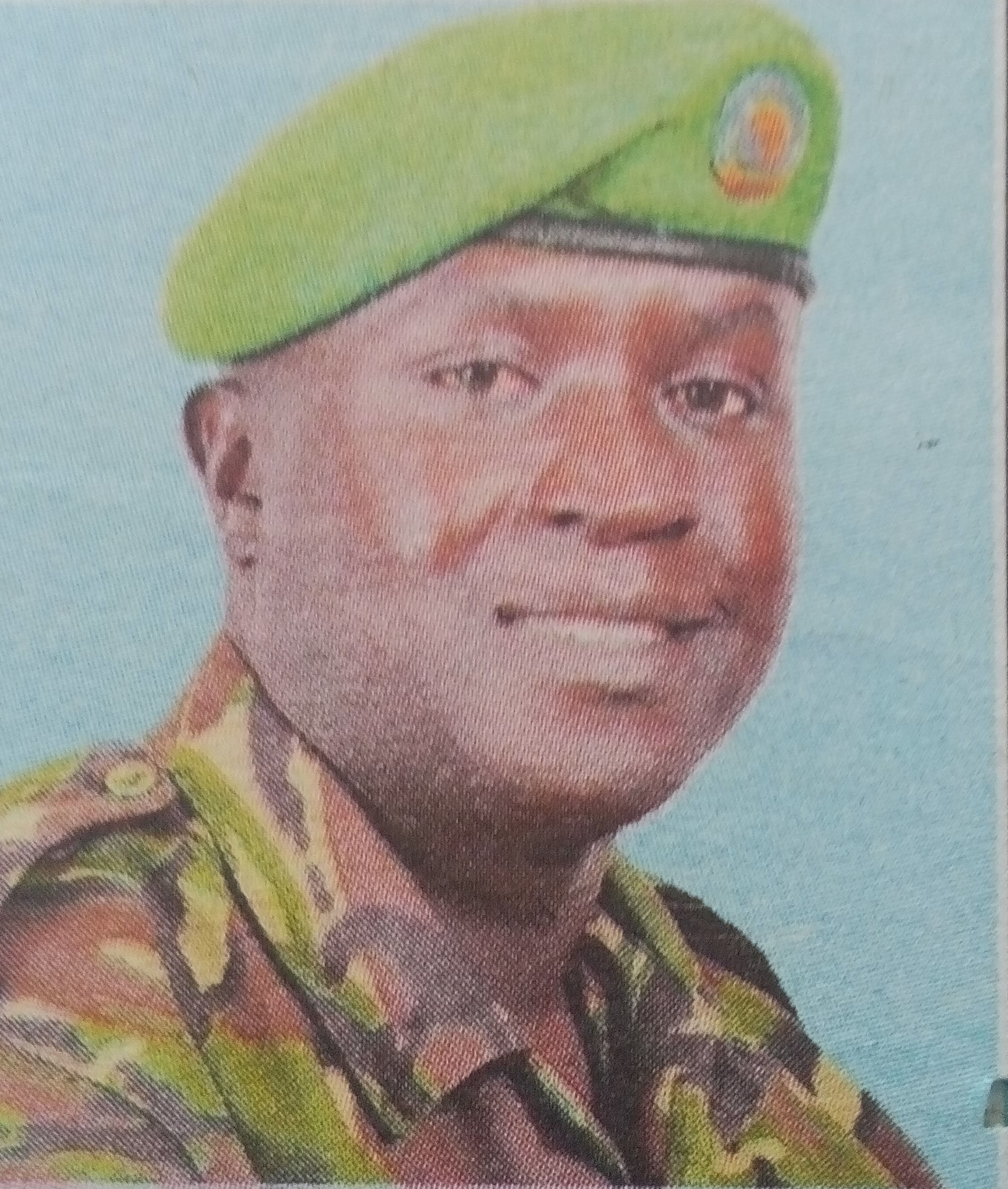 It is with humble acceptance of God’s will that we announce the sudden death of Apollo Chumba of Kenya Defence Force which occurred on 31st December 2016.

Family and friends will be meeting on Saturday 7th January 2017 from 2pm at the Holy Family Basillica for funeral arrangements.

Loved Ones Never Depart, They Rest In God’s Hands And Live In Our Hearts Forever – Rev 14:13