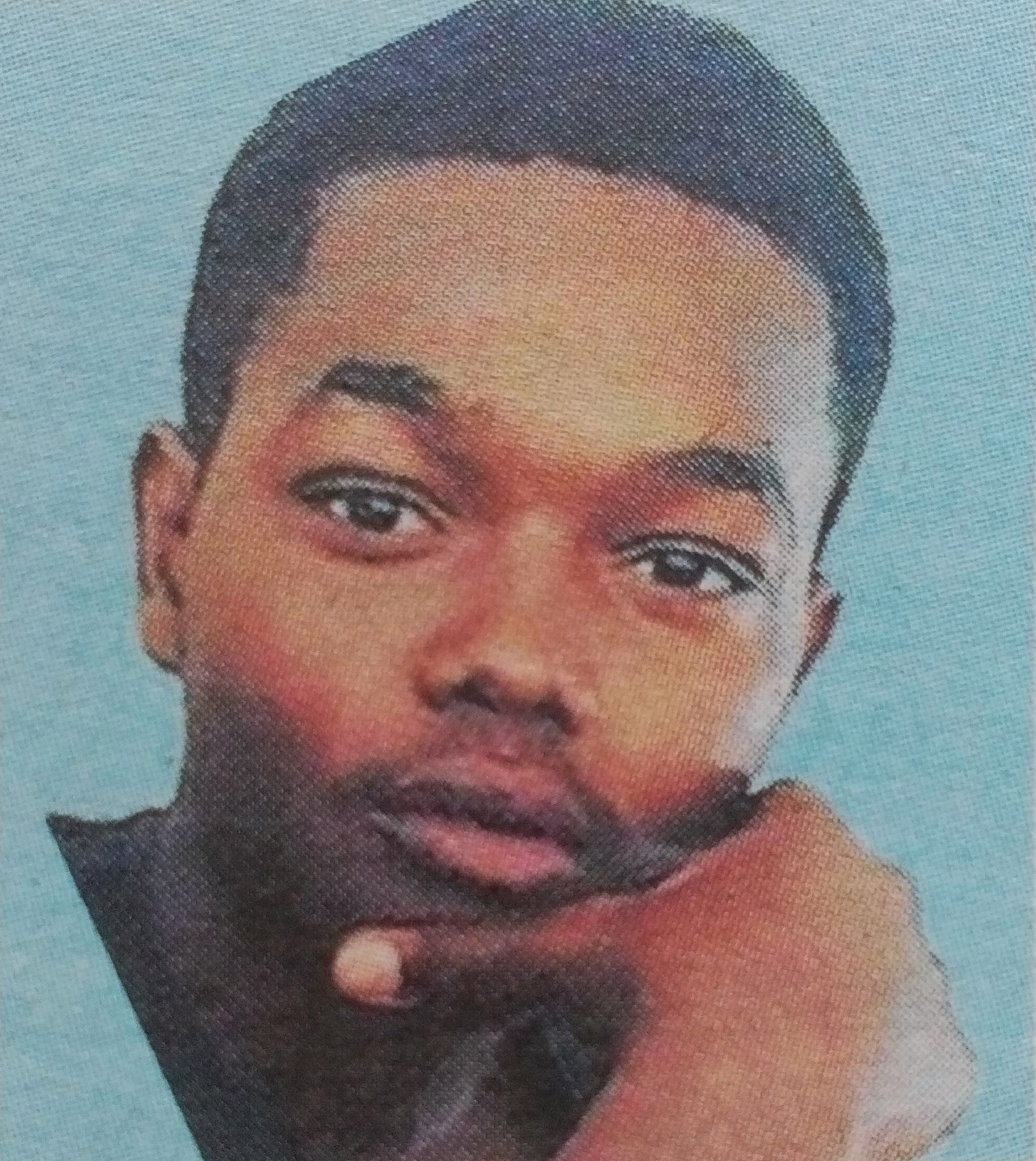 It is with humility, submission and acceptance of God’s will that we announce the sudden death of our beloved son Arnold Mwambetu Mutisya (a student Daystar University) on Sunday 23rd April 2017 through a tragic road accident along Mombasa road, in Nairobi.
Beloved son of Mr. Benson Mutisya Mwilu and Lucy Nkio Kirema- Mutisya. Brother of Michael Mwilu, Pauline Katuva, Maureen Nthenya and Benson Junior. Grandchild of the late Aaron Mwilu Mumo and Alice Katuva, Mr Eliud Kirema Mukuongo, the late Janet Gatitu and Dorothy Kirema. Nephew and cousin of many.

Family and friends are meeting daily at their  home in Nyali Mombasa and also at Panaroma hotel; located opposite Mombasa stadium. There will be a fundraising on Thursday 27th April 2017 at Panaroma Hotel to cater for funeral expenses. The cortege leaves Pandya Hospital at 7am on Saturday 29th April 2017 to proceed to Kikoneni in Kwale County for funeral service and burial.