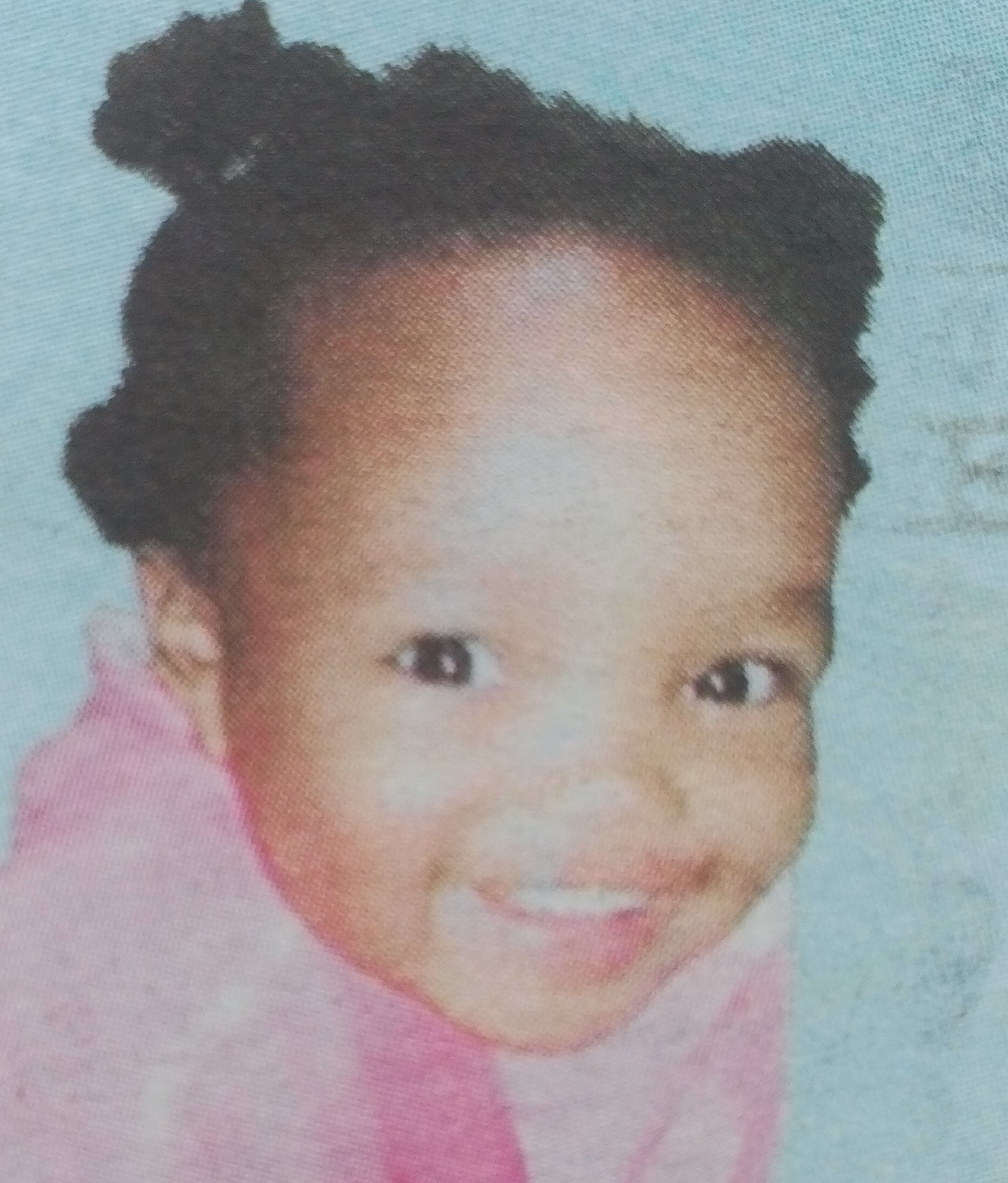 It is with humility, submission and acceptance of the will of God in great sadness that we announce the death of our beloved baby Babra Kerubo Nyachwaya on Wednesday 19th April 2017 after a long battle with a cancerous brain tumour.

Family and friends are meeting daily at their home in Utawala Nairobi and Maosi Village in Bomabacho sub-location, Nyamira County. There will be a fundraising on Tuesday the 25th April 2017 at All Saints Cathedral Nairobi from 5pm and on Wednesday 26th April 2017 at Maosi village in Nyamira County to cater for funeral expenses and outstanding hospital bills.

The cortege leaves Umash Funeral Home at 6,30am on 27th April 2017 for a church service at Nairobi South SDA Church, thereafter the cortege will proceed to their rural home in Maosi village in Nyamira County. Burial will take on Friday the 28th April 2017.