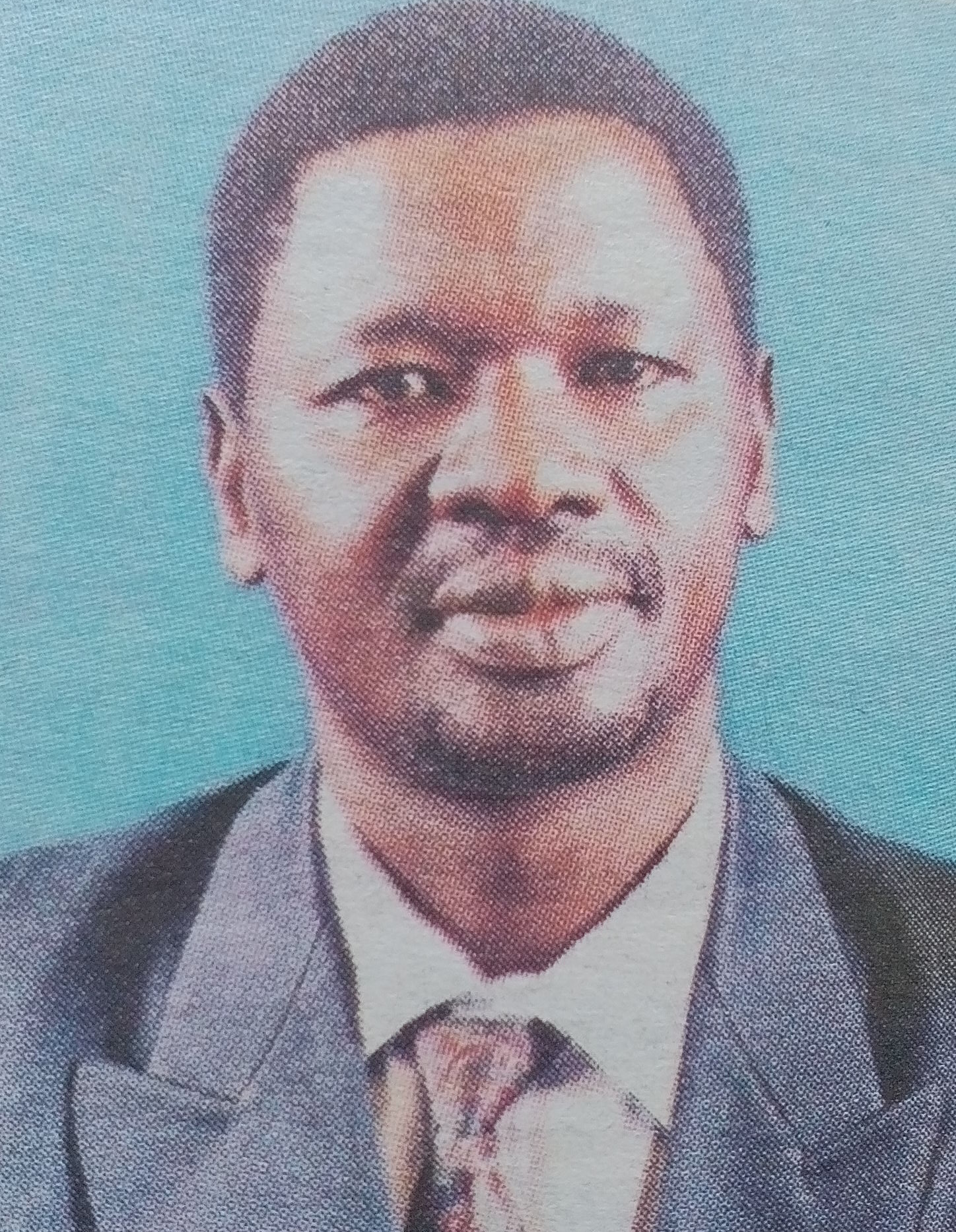 We announce the death of Benson Mayieko formerly of NCPB and Getembe Hardware which occurred at Valley Hospital, Nakuru.

Father of Maureen, Gaylina, Audrey and Michael. Son of the late Yabesh and Truphosa Mayieko. Son-in-law of the late Abobo and Mama Esther Moraa.

Friends and relatives are meeting daily from 4pm at his Kiamunyi home (near Green Piece School) and at Rigena Hotel Nakuru for funeral arrangements.

The cortege leaves Valley Hospital Mortuary on 23rd December 2016 at

8am for Funeral service at Kiamunyi High School and thereafter, burial will be held at his Kiamunyi home, Nakuru County.