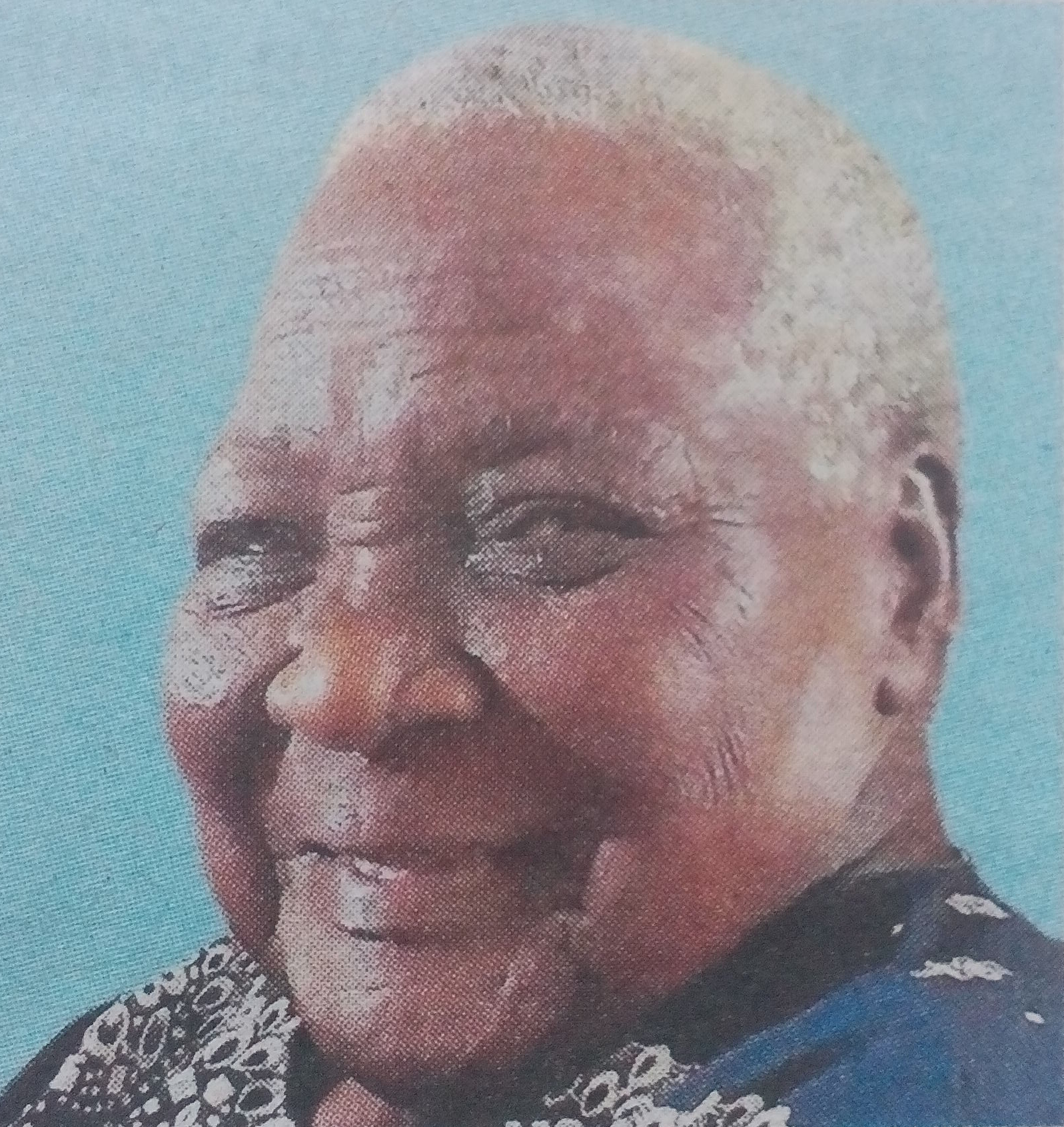 It is with humble acceptance of God’s will that we announce the passing on of Betha Waruguru Njogu of Gichiga-ini farm, Kariki sub-location, Chehe location, Karatina in Nyeri County on 9th January 2017 at 3am.

Friends and family are meeting at her residence in Gichiga-ini farm. The Cortege leaves Outspan Hospital Mortuary Nyeri on 16th January 2017 at 8am for funeral Service at Kirathimo PCEA Church and thereafter burial at her Gichiga-ini farm.