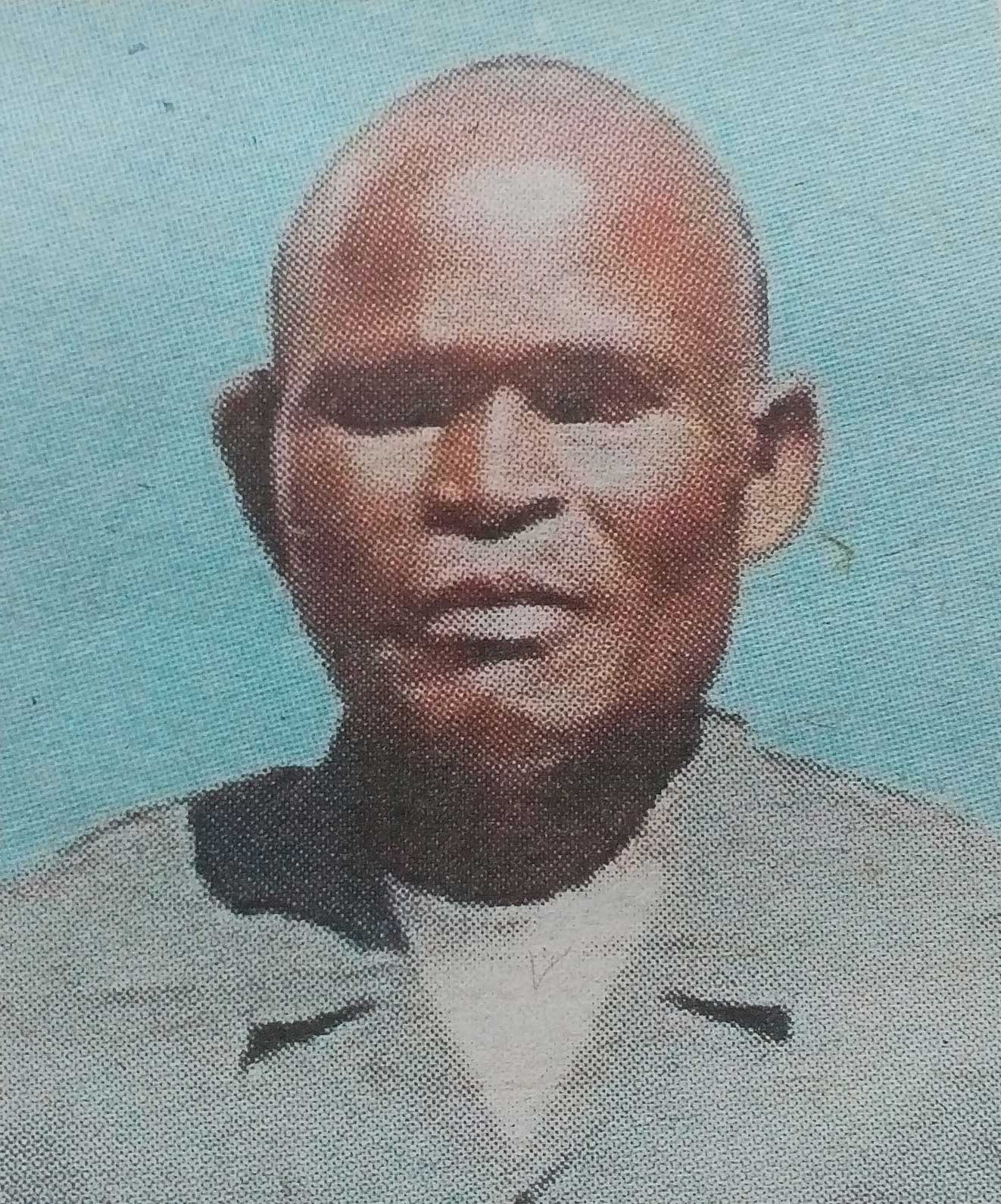 Celebration of a Life Well Lived

In humble acceptance of God’s will we announce the promotion to glory of Bonaventure Juma Muricho on Saturday, 7th January, 2017.

The cortege leaves Cherangany Nursing Home, Kitale on Wednesday, 11th January, 2017 for funeral mass and burial to be held on his farm at Kabula along Bungoma-Mumias Road on Friday, 13th January, 2017 from 10:00 am.

In God’s hands you rest; in our hearts, you live forever Till we meet again, bye bye Dad.