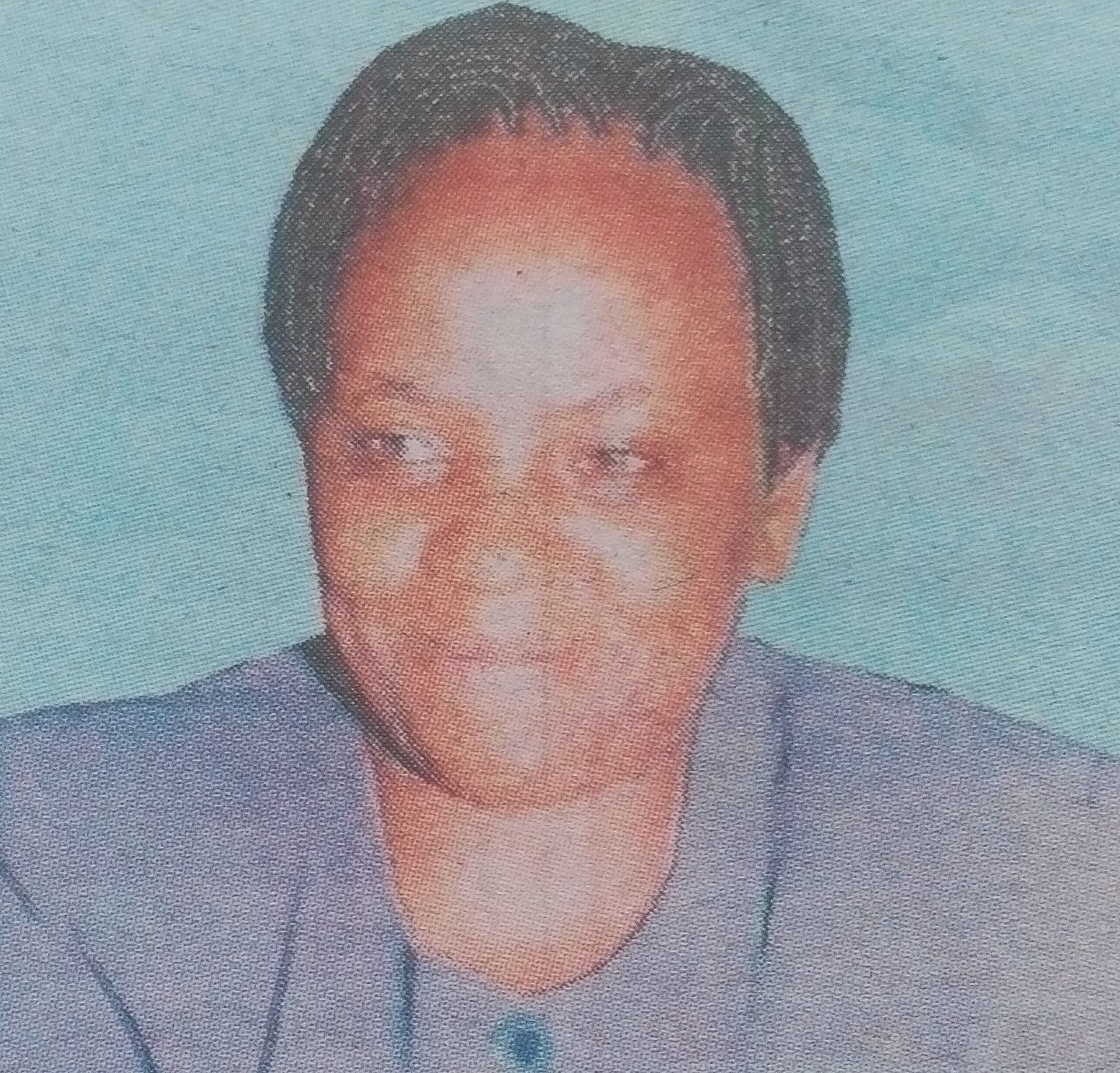 With thanks giving to God, we announce the passing on of Cecilia Wanjiku Mungai -Wanjihia formerly of The Office of The Deputy County Commissioner Gatundu on Saturday 15/04/2017 after a long illness bravely borne.

Friends and family are meeting for prayers and funeral arrangements at the Holy Family Basilica Main Hall from Tuesday 18th April to Friday 21st April 2017 and at her home in Kirangi at 5.30 pm.