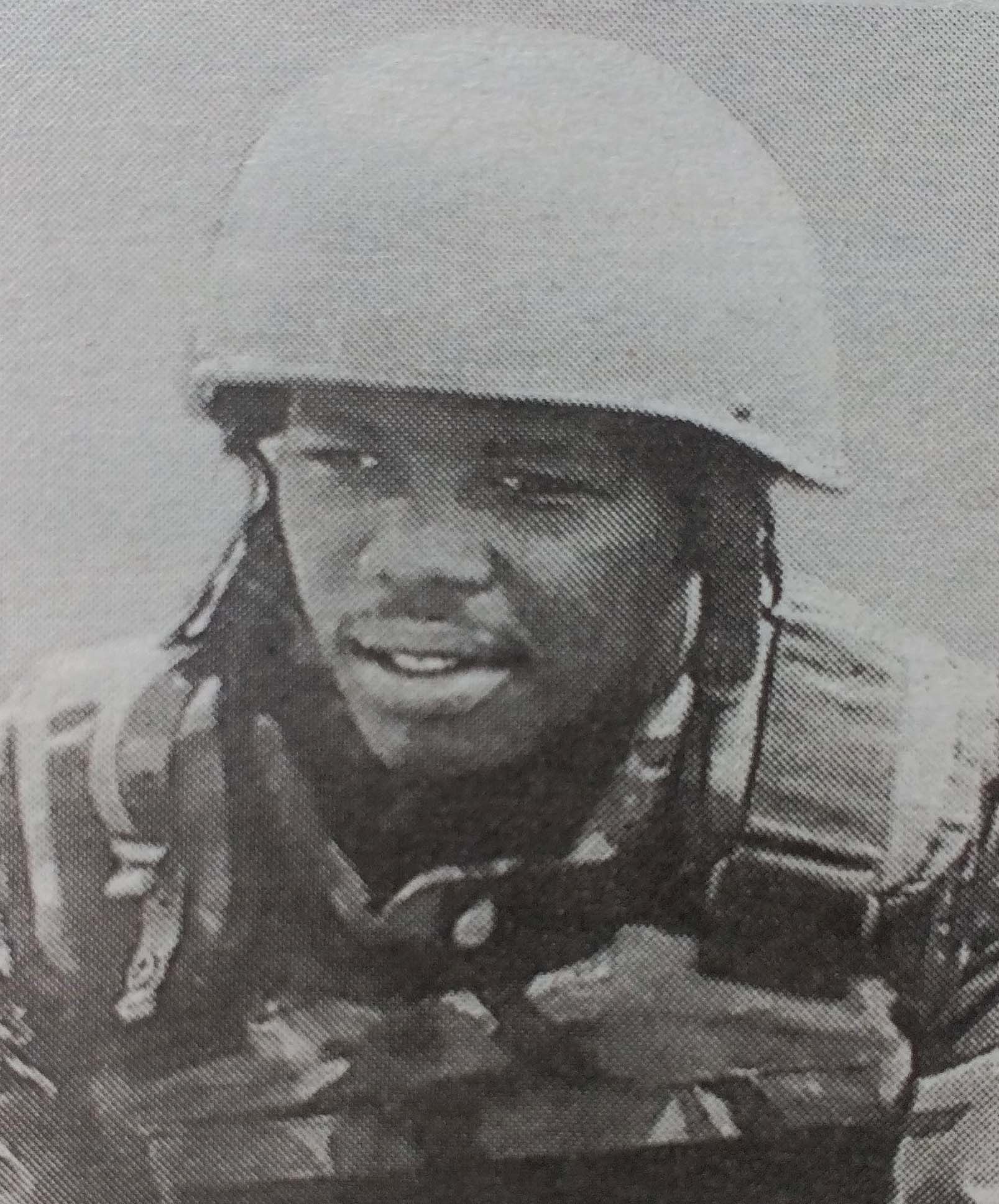 It is with great sadness and humble acceptance of God’s will that we announce the sudden demise of Daniel Chege Ng’ang’a of KDF Kahawa. Barracks. Beloved and devoted husband of Ivy Wambui Chege. Son of the late James Ng’ang’a Chege and the late Grace Wangari Ng’ang’a. Doting father of Angel Wangari and Rita Waithira.Brother of Francis Rwambo Ng’ang’a.Son-in-law of Peter Kangethe and Martha Waithira.Brother-in-law of Newton, Sharon, Ezra and Fredrick. Nephew of many.
Family and friends are meeting daily at Coconut Grill,Thika and their home in Kiguoya,Kandara for prayers and funeral arrangements.
The cortege leaves Memorial Forces on Friday 12th May 2017 at 7am for funeral service to be held at Ithiru Polytechnic, Kandara and later burial service in their home Kiguoya Village, Kandara Sub-County; Murang’a County on the same day.

Daniel, in God’s hands you rest,in our hearts you
live forever.Fare thee well.