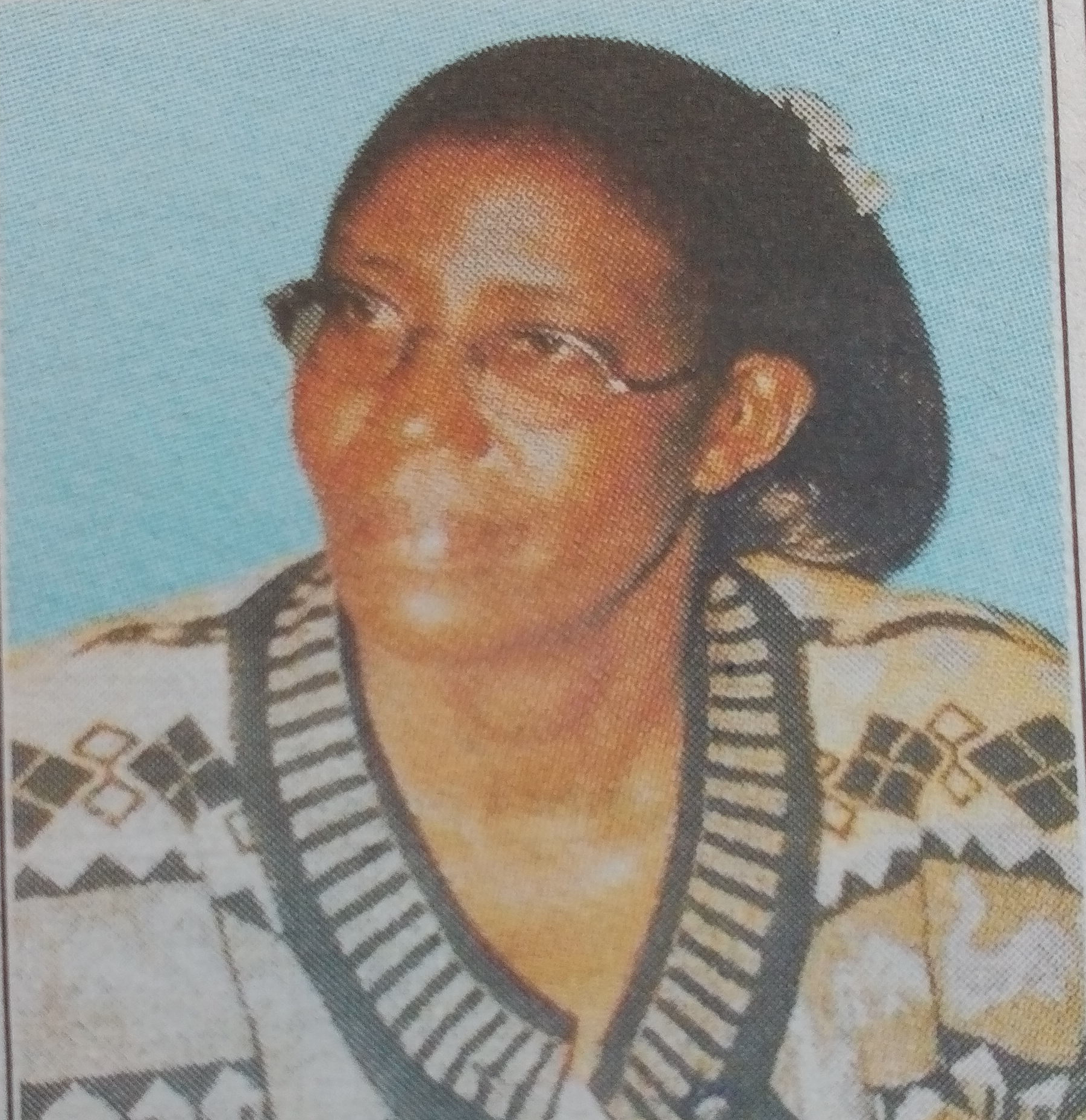 It’s with humble acceptance of God’s will that we announce the promotion to glory of Dr Pauline Mumbi Mwangi of Kenya Methodist University on 21st December 2016 at the Nairobi West Hospital. Daughter of Miriam Wanjiru and the late Godfrey Nyuguto.

Relatives and friends are meeting at her residence daily from 5:00 p.m. Nairobi meetings will be held at RC.E.A St. Andrews Church at 4:00 p.m. as from Tuesday 27th on which day there will be a fundraising to settle her hospital bill.

The cortege leaves Outspan Funeral Home on 30th December 2016 at 8am and Requiem Mass will follow at Micha Catholic Church at 10am (behind Wambugu Farm-Nyeri). The burial will follow thereafter at her residence in Nyeri.

“Mum, in God’s hands you rest, in our hearts you live forever”