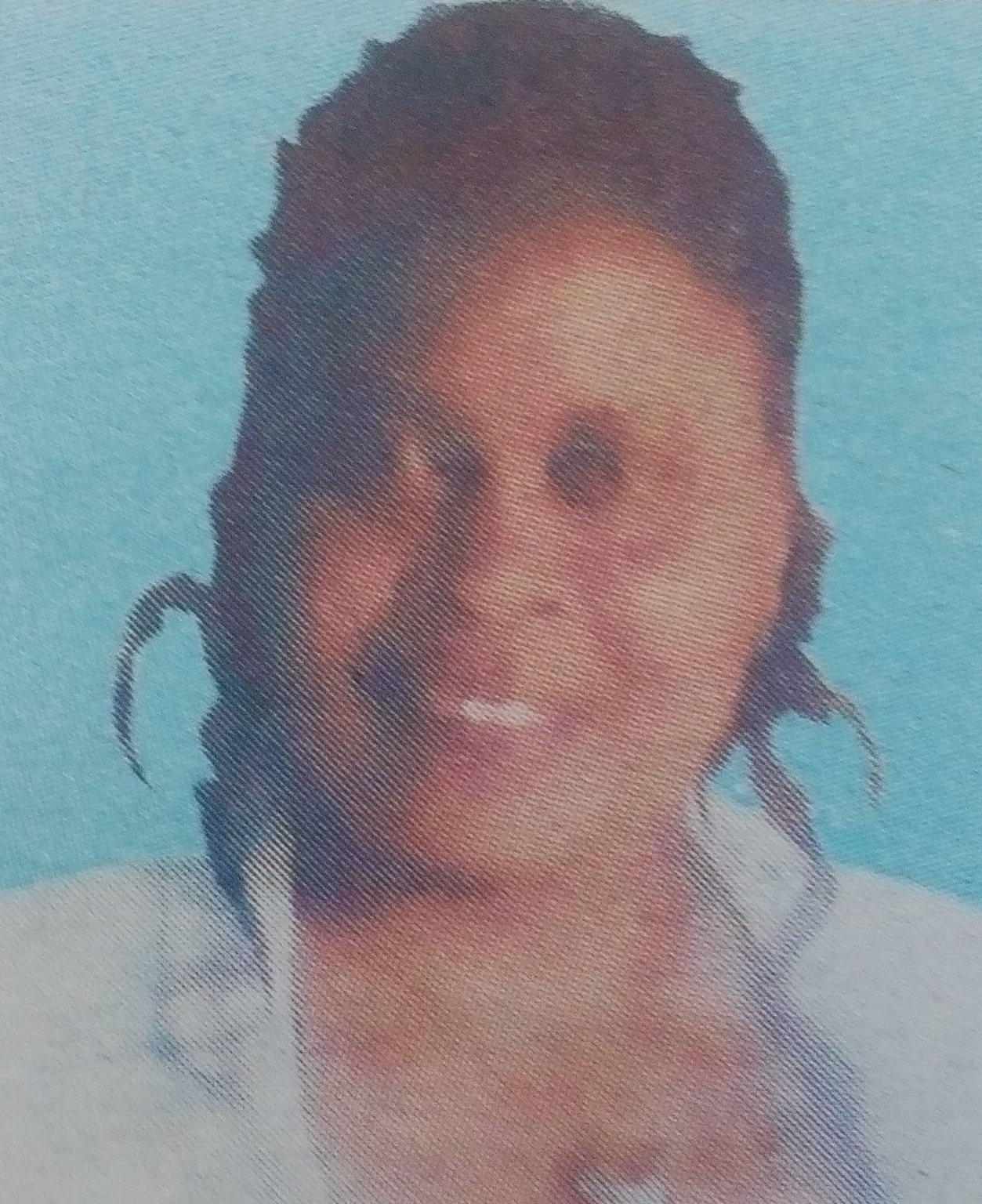 It’s with deep sorrow and humble acceptance of God’s will that we announce the sudden demise of Elizabeth Wangari Muturi after a short illness on 4/212017.

Funeral arrangements are taking place every day at Abby Hotel Nairobi from 6:00pm and at her husband’s rural home Chomo Gatanga Murang’a, and their Mowlem Nairobi home, and Sagana Karima home.

The cortege leaves KU Funeral home on Tuesday 14/212017 at 8.00am for a funeral service at their Sagana Karima farm (2km along the Sagana/Karatina/Nyeri road).

Service will be held from 12pm followed by burial at 2pm.