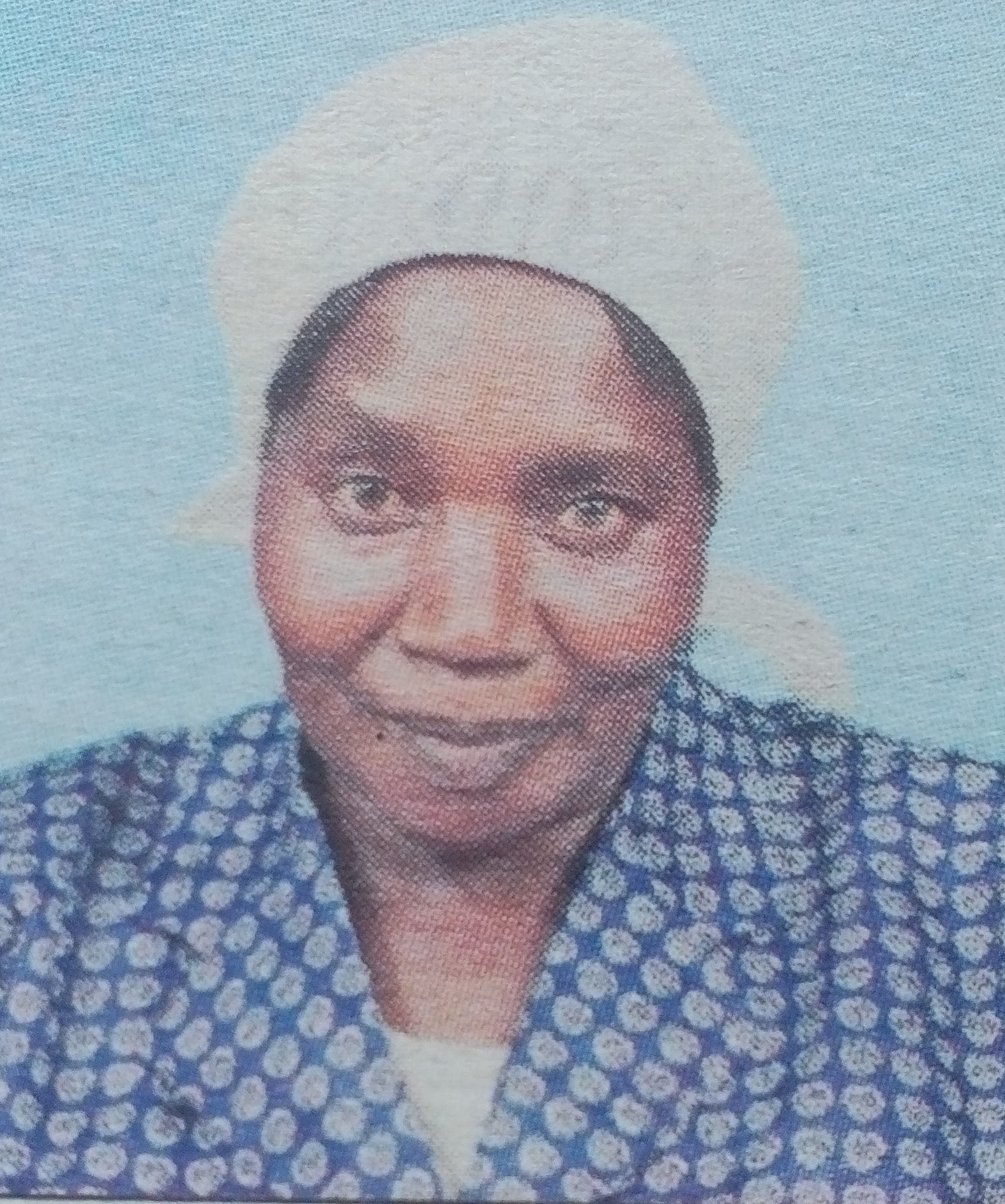 We regret to announce the passing of Esther Nthaama Mugambi which occurred on 21st December 2016.

Family and Friends are meeting for prayers and funeral arrangements at her home in Mihang’o, Embakasi from 5pm daily.

The cortege leaves KU Funeral Home at 6am on Tuesday, 27th December 2016 and burial will take place thereafter on the same day at her rural home in Karegeria Village, Chugu Location, Meru County.

“In God’s hands you rest, in our hearts you remain forever”