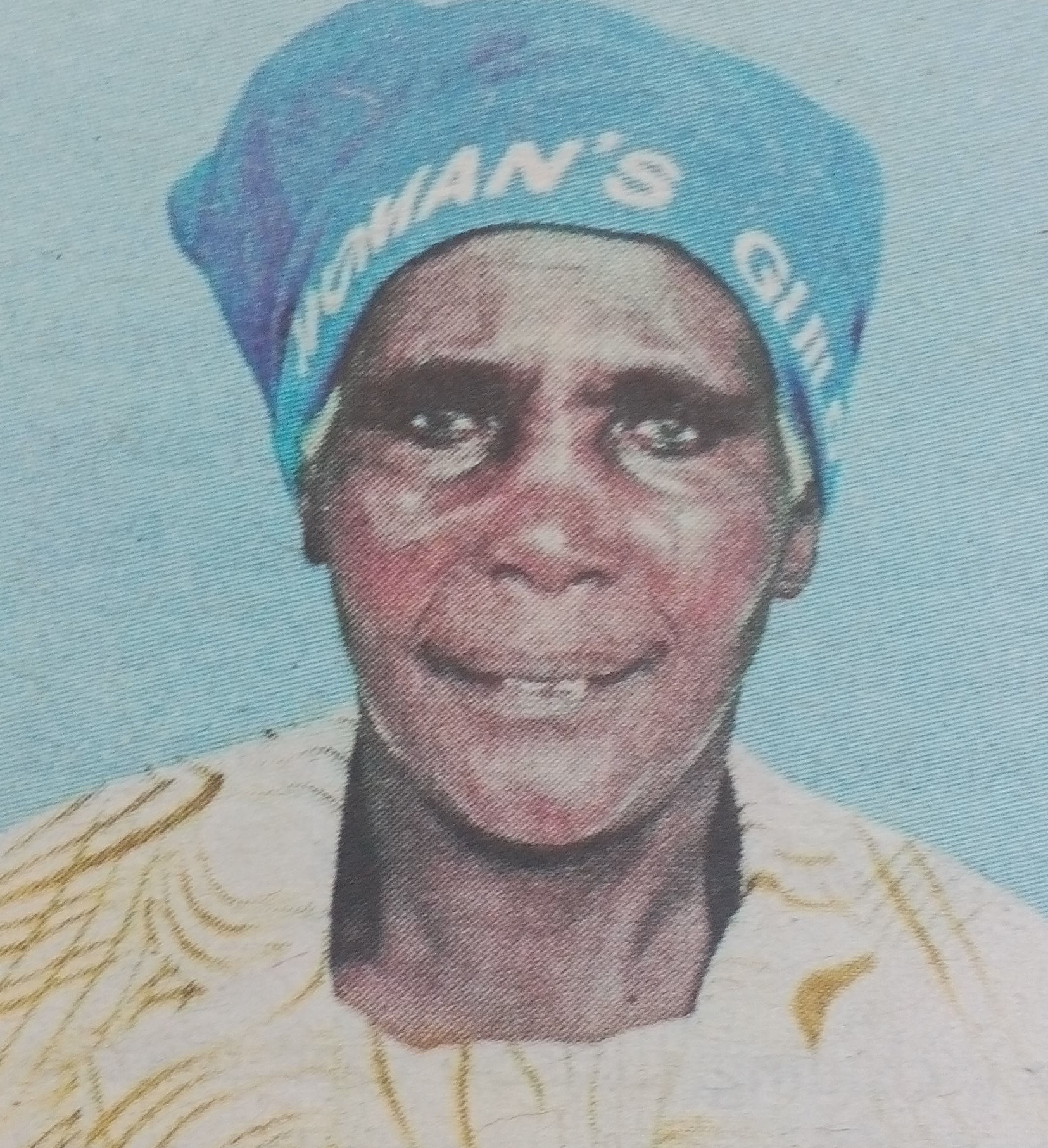 It is with humble acceptance of God’s will that we announce the death of our beloved mother Fridah Waruguru Githui of Nanyuki on 17th Feb 2017. She was the daughter of the late Paul Ibirie and Jane Nyokabi. Wife of the late Eustace Githui Gachagua. She was beloved mother of G.G Githui, the late Mbuki, the late Muriithi, Nyokabi, Milka the late Ndegwa, Matindi, Karima, the late Mwaniki, Mwarania, Njeri and Wamucii,

Friends and relatives are meeting daily at her residence (Muthaiga Nanyuki) at 4:00pm and at Ibis Hotel Nanyuki at 6:00pm. The cortege leaves Nanyuki Teaching and Referral Hospital Mortuary on Thursday 23rd February 2017 at 9:00am. Funeral service will take place at Muthaiga PCEA Church at 10:00am and thereafter interment at her residence in Muthaiga Nanyuki.

I am the resurrection, and the life: whoever believes in Me, though he die yet shall he live. (John 11:23)