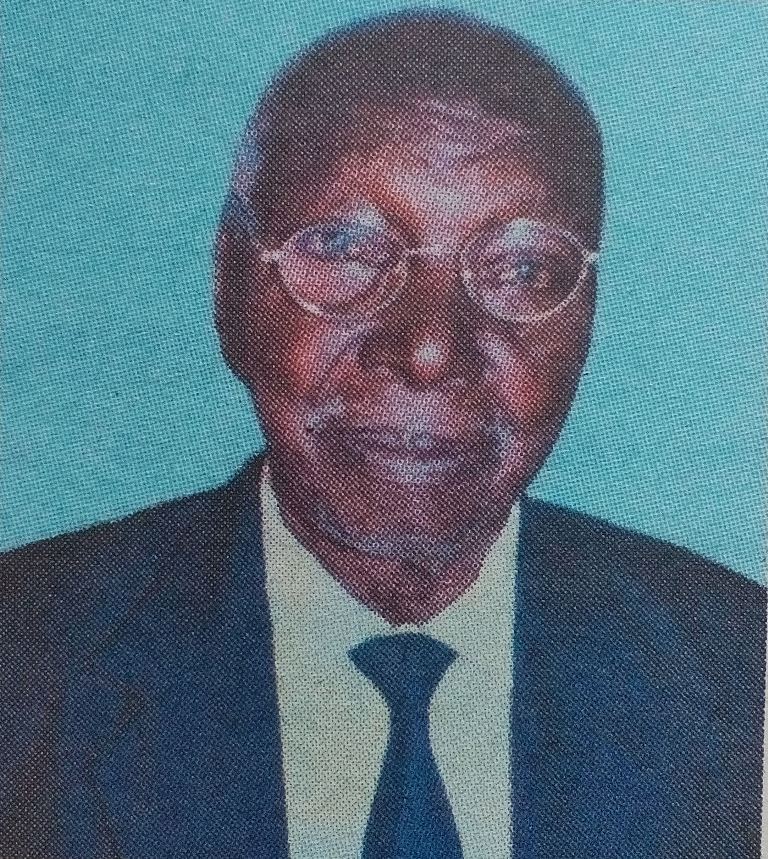 It is with deep sorrow and humble acceptance of God’s will that we announce the demise of George Kamau Ng’ang’a who passed away on 22nd July 2017. Son of the late Ng’ang’a wa Goro and the late Leah Njoki Ng’ang’a. Brother of the Late Daudi Goro and the Late Rachel Njeri. Stepbrother to Goro, Kamau, Wangui, the Late Gitu, Wambui, Njeri, the Late Wamaitha and the Late Samuel Goro.

The cortege leaves Chiromo Mortuary on Thursday 27th July 20 17 at 8.30 am, followed by a funeral mass at St, Peter the Apostle Catholic Church, Kikuyu Town from 10am.The burial will follow thereafter near Kikuyu Town. Family & friends are meeting daily at his home in Mutego Village, Gitaru Location. Meetings will also be held at Millenium 2000 (Nyamakima) from 6pm on Tuesday 25th July 20 I 7 and Wednesday 26th July 2017.