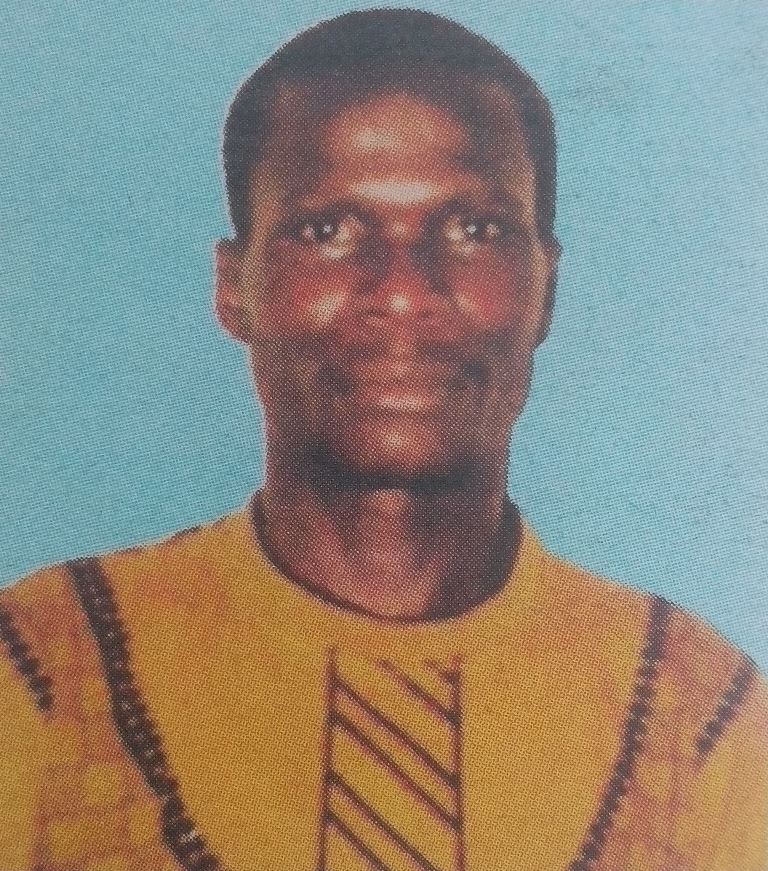 It is with humble acceptance of God’s will that we announce the passing on of George Adala on 8/7/2017.

Relatives and friends are meeting daily from 5.00 p.m. at the residence of Rosemary Akinyi, Madaraka Estate, MF 23 Door L. A major Harambee will be held at All Saints Cathedral on 25/7/2017 from 5.00p.m. to defray Heavy Medical Expenses. The cortege will leave Avenue Hospital Mortuary, Kisumu at 9.00a.m. on Thursday 27th July, 2017 for a requiem mass at St. Joseph’s Milimani Catholic Church, Kisumu at 12.00 p.m. and thereafter proceed for an overnight stay at his house in Nyalenda. Burial will take place on Saturday 29th July, 2017 at the late Mzee Adala’s home at Lifunga K’Obiero village, Ukwala Location, Ugenya.

“I have fought the good fight. I have finished the race. I have kept the faith”2 Timothy 4:7.