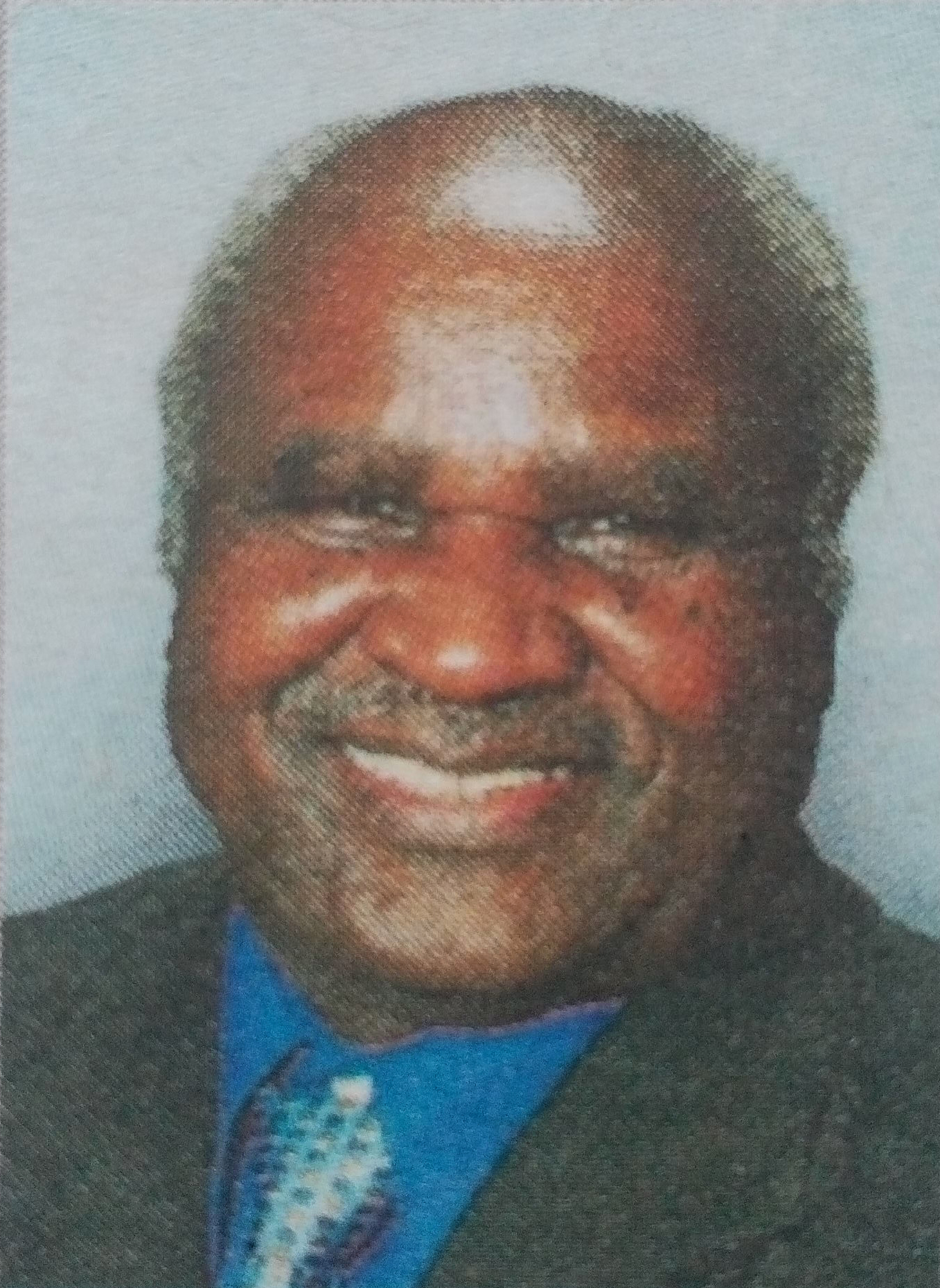 it is with deep regret that we announce the death on saturday 1st April 2017 of Gideon ltotia  Ng’ang’a, of Ngarariga Village, Bibirioni,limuru, after a long illness bravely borne He was the son of the late Ng’ang’a Gathairu and the late Hannah Njeri Ng’ang’a Husband to Penina Nyakio and Jennifer Wanjiru father to Ann Njeri Itotia (U S A ), Irene Ngonyo ltotia (U K,), Esther Shiru Itotia (Mombasa), Patrick (Pato) Ng’ang’a Itotia & Jessica Rona (U S.A.) and FaithAnn Njeri & James Chege (U.S A.) Grandfather to Ethan Itotia, Brian Kinuthia Chege and Makena Grace Wanjiru Itotia He was brother to Wanjiru wa Njuguna, Ndurnburu Mwaura, Harrison Karanja, Gichuki, Peter Wainaina (all deceased); Wanjiru Kimemia, Njuguna Ng’angfia (Commercial) and Kang’arua. Family and friends are meeting daily at his home in Ngarariga/Bibirioni. Limuru from 4.00 pm. The cortege leaves Uplands Funeral Home on Thursday 6th April 2017 at 8.00 am for a funeral service at the A I C/P.C.E.A. Bibirioni Church followed thereafter by the burial at his farm in Magumu, South Kinangop, Nyandarua County

“For though i-rn absent in body yet I am with you kn spirit, rejoicing to see your good order and the firmness of your faith in Christ.” Colossians 2:5