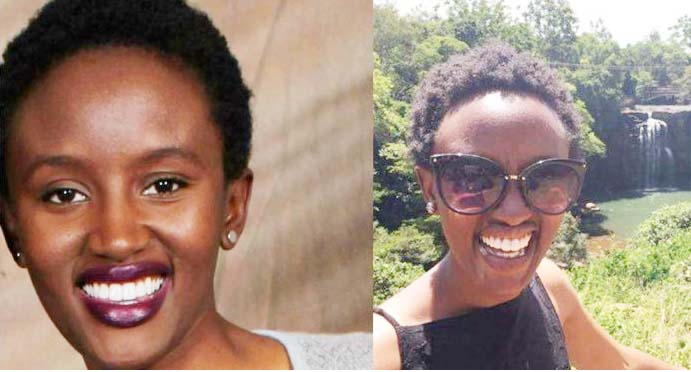 The body of 20-year-old Gift Mumbi Kamau, who had been reported missing since March 30, 2017 has been recovered in the Mississippi River.

Her body was retrieved on Saturday May 13, 2017 by badge workers who saw her floating on the banks.

The workers contacted the St Louis police who contacted the Madison police department letting them know that they had stumbled on a body matching the description of Kamau, who had been reported missing by her parents.

The St Louis fire department retrieved her body at around 12.15am near the foot of Gasconade Street.

The St Louis Medical Examiner’s Office identified her through her dental records.

According to police, she had left a suicide note leading to the belief she committed suicide.

A camera spotted her near the bridge between 11.30am and 1.30am on the day she went missing.

She was last captured by a camera as she walked across the bridge towards Missouri.

Since there are no cameras on the Missouri side of the bridge, it is not clear whether she crossed over to the other side.

Mumbi was a daughter of Sammy and Catherine Kamau of Florissant, Missouri. She is also survived by two siblings.

A go fund me account has been set up to assist the family in meeting her funeral expenses.

The go fund me link is here https://www.gofundme.com/giftkamau