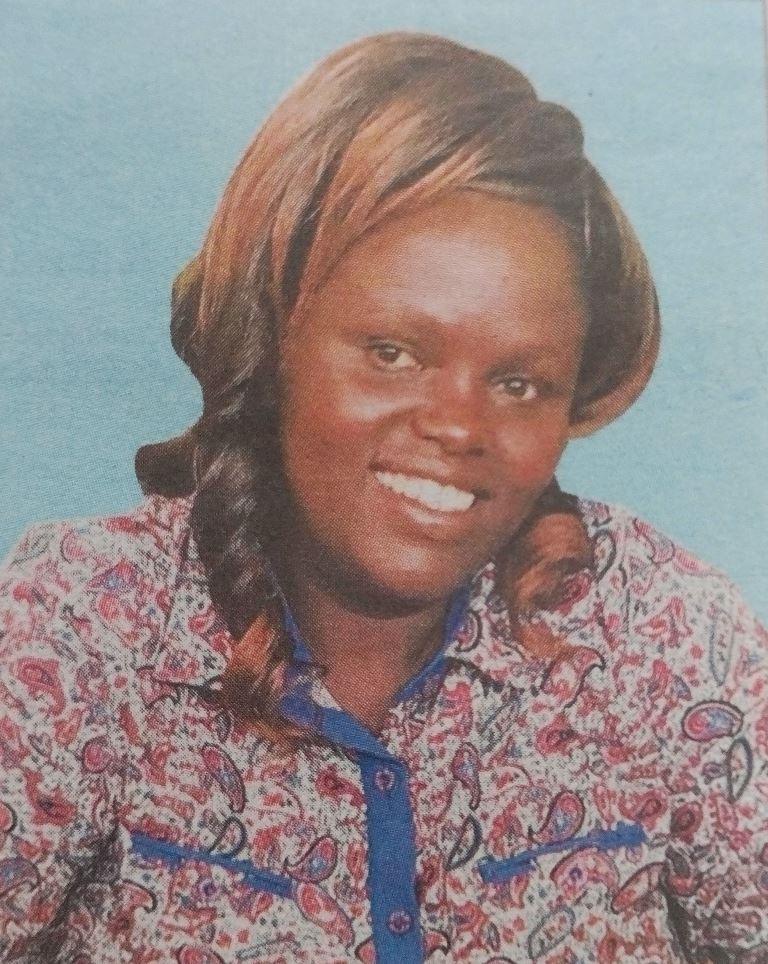 It is with deep sorrow and sadness that we announce the death of Grace Kambura Kurauka that occurred on 20/7/2017 after a long illness. Grace was a Maths/Business teacher at St. Luke’s High School in Tigania West Constituency in Meru County.

The cortege will leave Kenyatta University Funeral Home on Friday 28 August 2017 at 6 am for burial on the same day at Kitheo,Tigania West, Meru County.

The untimely physical separation loosens none of the bonds that connect our souls.