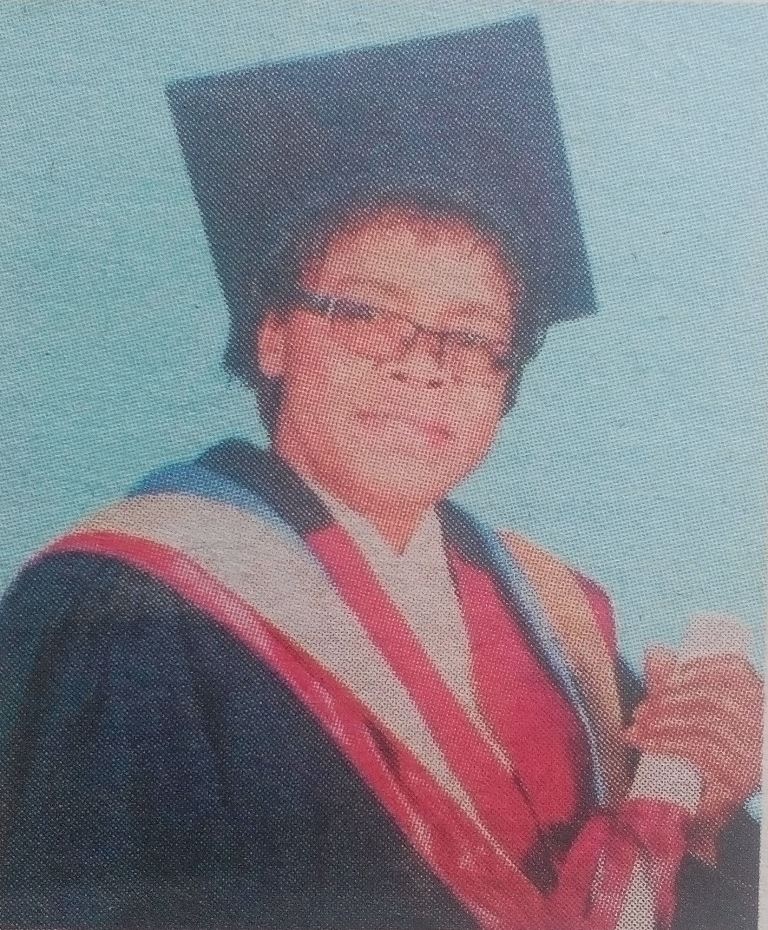 It is with humble acceptance of God’s will that we announce the Passing on of Mrs Grace Naftal Anyota of Isinta -Nyamwanchania village, Nyamira county which occurred on 7th July 2017 at MP SHAH Hospital after a long illness bravely borne.

There will be a funds drive on Wednesday 19th July 2017, at Professional Centre from 5.30 p.m. to defray hospital bill & funeral expenses. The cortege leaves MP Shah hospital on 20th July 2017 for a requiem Mass at CITAM Valley Road from 2.00p.m. Burial will take place on 21/07/2017 at her Farm KBC Jericho (Malaa), along Kangundo Road, Machakos County starting from 10.00a.m.

“I have fought a good fight, and I have finished my course”, Timothy1:7. Mom, we loved you so much but the Lord Loved you More. Rest in Eternal Peace Mum, until we Meet again”