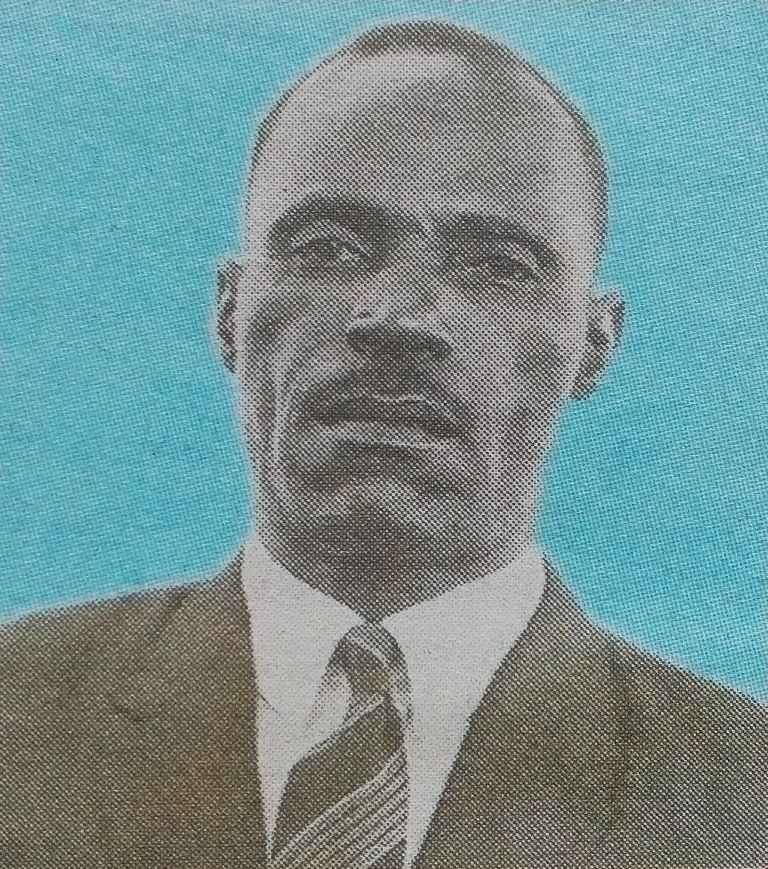 It is with humble acceptance of God’s will that we announce the passing on of Mr Harun M’Muguna M’Nchabari that occurred on 21 July 2017.

Meetings and prayers are on-going at his home in Kirwiro Village, Nchaure Sub-Location and at All Saints Cathedral from 25thJuly 2017 to 27th July 2017 starting 5.30pm.

The cortege leaves Meru Funeral Home Saturday 29th July 2017 at 9.00am for a funeral service at St Cecilia Catholic Church at 10.00am and thereafter for final rest at his home in Kirwiro village, Ntakira location, Imenti North Sub-County, Meru County.