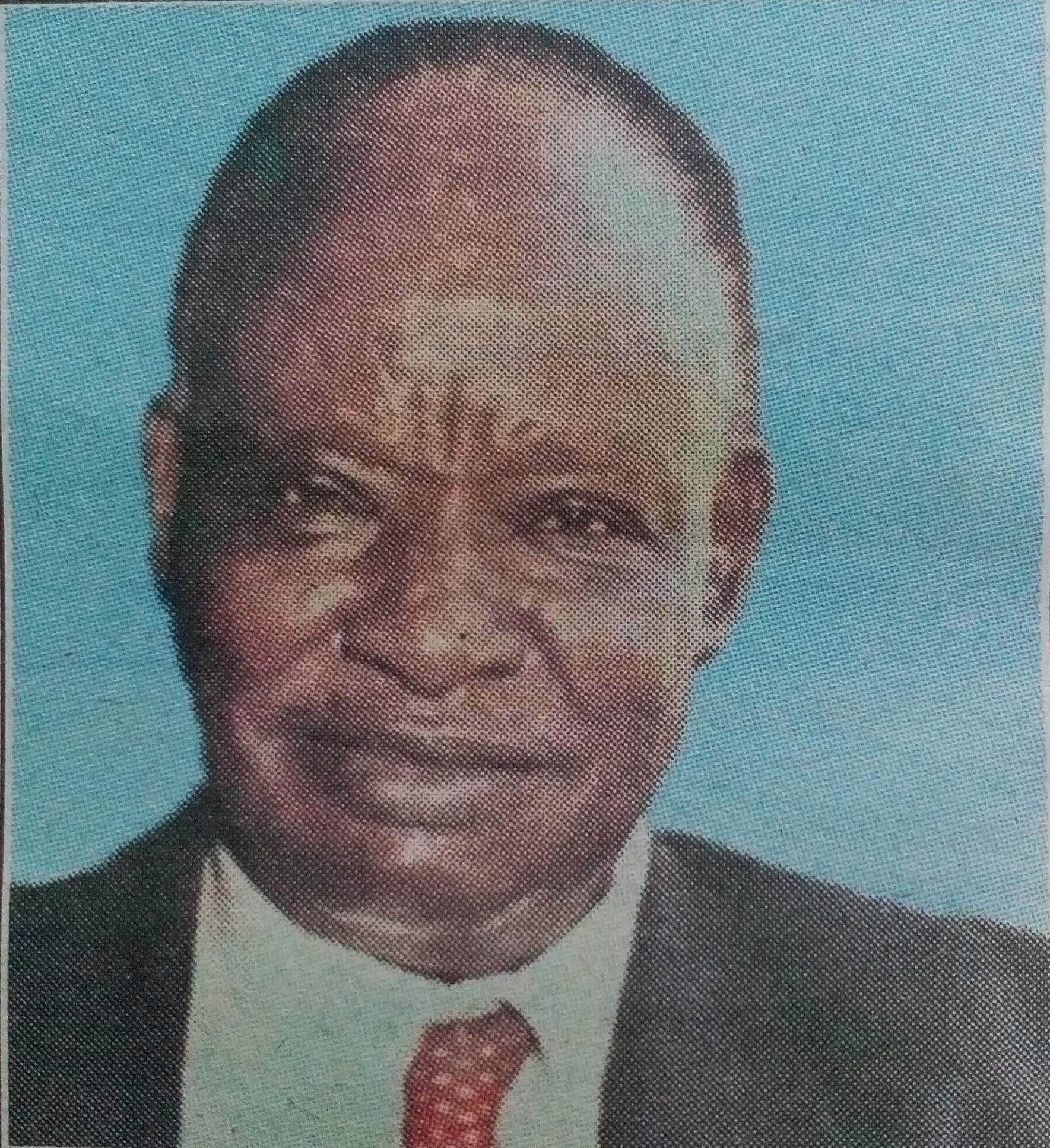 The cortege leaves Aga Khan Hospital Mortuary, Kisumu, on Friday 9th June 2017 at 11:00a.m for AIC Church, Onjiko Tura in Ahero. Following a funeral service, the cortege will proceed to Mheshimiwa’s home for an overnight vigil.

Burial shall be held at his home on Saturday 10th June, 2017 conducted by AIC church. Fund Raiser:Two meetings have been scheduled to raise funds for the funeral expenses:- Friday 26th May, 2017 at home in Ahero at 2: 00pm and Wednesday 31st May, 2017 at Public Service Club in Kisumu at 4:00pm.

Contributions may be sent through M-PESA: Lipa Na Mpesa Paybill No. 762050 Account: JMO

Rev 1 4:13 Blessed are the dead who die in the Lord from now on.”Yes,” says the spirit.”They will rest from their labor, and their deeds will follow them.”