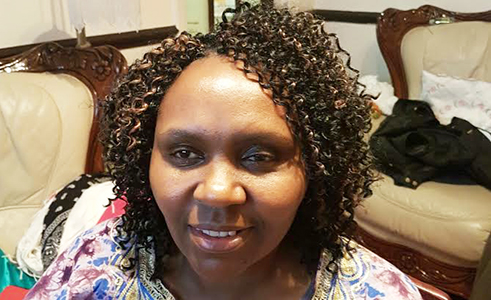 It is with deep sadness we announce the passing of Jane Wambui Kamau of Nottingham UK, which occurred on 1st May 2017 at City Hospital in Nottingham, UK. Beloved wife of Charles Mbui Kamau of Mathare-ini, Kigumo, Muranga and beloved mother to Lily Mwihaki of Nottingham.

Prayer meetings will start Tuesday 2nd of May 2017 beginning from 6pm -9pm onwards at 31 Coleby road Broxtowe NG8 6FS. Those wishing to support the family financially and are unable to visit Kamau’s family, you can deposit your contribution to Bank account: Charles Kamau Daniel. Barclays Acct no: 40550582. Sort code: 20-44-22.

The organising committee for Mrs Jane Kamau funeral have put up a meeting on Wednesday 10th May 2017 6.30pm – 9.00pm at Destiny Life Christian Centre, (Formerly Mayflower centre), Vincent Street,  Canningtown, London E16 1LZ. At Junction of Tant street with Vincent Street. 5 minutes walk from Canningtown station. This is to give the people of London and it’s environs a chance to meet and console Mr Charles Kamau ( Mr Kamau will be attending the meeting in London). Please come with your contributions at the day and be prompt to allow Mr Kamau travel back to Nottingham. God bless you

The memorial service of our late Jane Kamau will be held on the Saturday 13th may 2017 starting 2pm to 4pm  at Mt  Zion Millennium city Church, Churchfield Lane, Bobbersmill, Nottingham,  NG7 5QS.

May Our Lord rest Jane’s soul in Eternal peace.