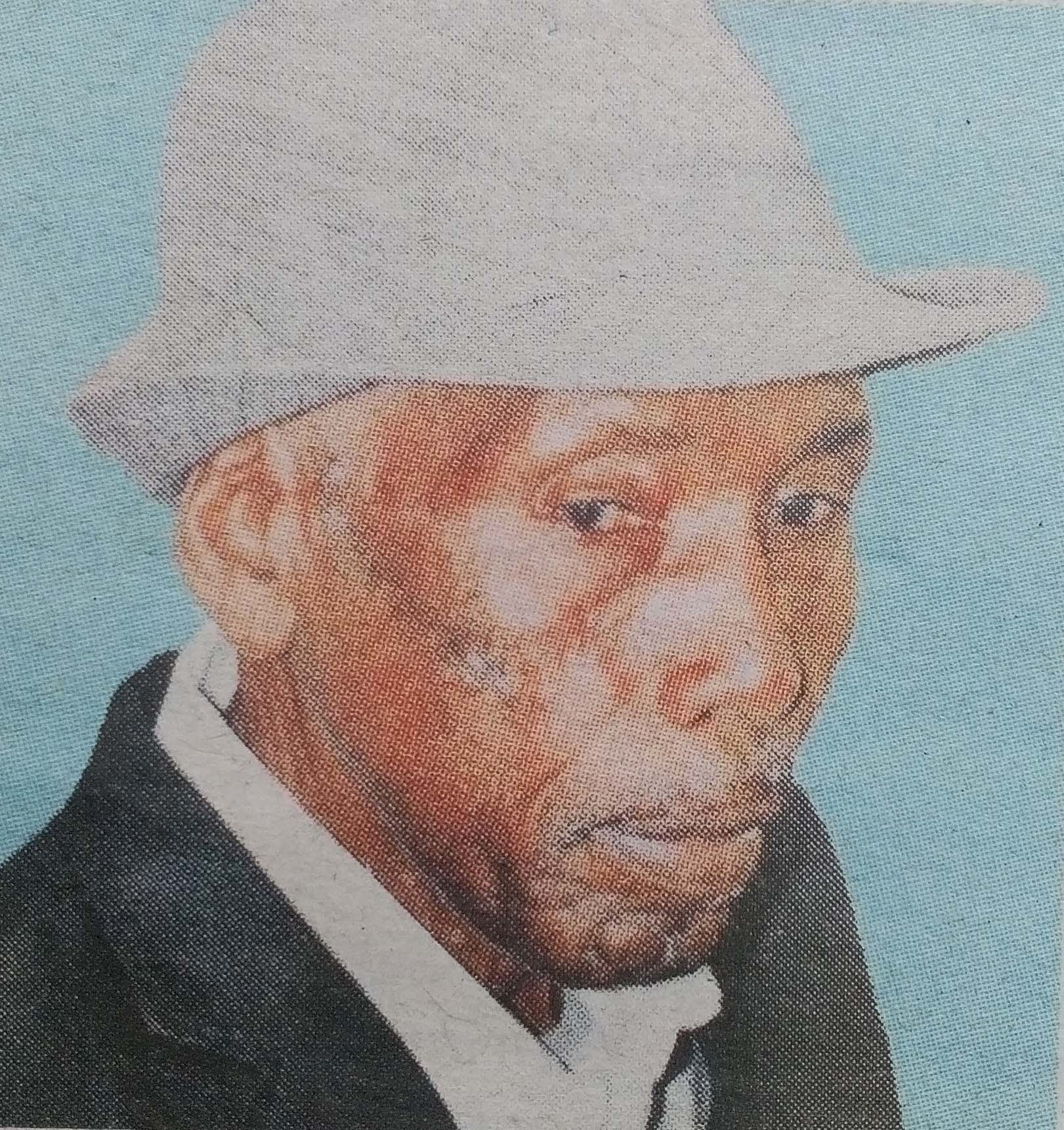 We hereby announce the demise of “Papa” John Mativu Maithya on 14th May 2017 after a long illness bravely borne.
Husband of the late Theresa Mukenyi Mativu. Son of the late Maithya Mulala and the late Susan Itungwa. Father of Christopher Mativu, Anna Nundu, Francis Muthenya, January Mutiso, the late Margaret and the late Assumpta. Brother of Timothy Matheka, Juliana Mutu, the late Kiendi, the late Mailu, the late Katoni and late Nthuka. Step brother of Mbatha Maithya, Lawrence Maithya and others. Grandfather of many. Father-in-law of Rose, Ida and Rachael. Great-grandfather of many. Uncle of many.
Family and friends are meeting daily at Railways Club Nairobi next to Luna Park from 15/5/2017 to 18/512017 from 5pm for funeral arrangements. There will be a mini-harambee to offset the medical bill on Thursday 18/5/2017 at the same venue.
Burial will take place at Kauti sub-location, Kithembe Location, Mwanyani Village, Makueni County on Saturday 20/5/2017 starting at 11am.
RIP “papa” we greatly loved you but the Almighty God loved you most. Till we meet once again “Amen”