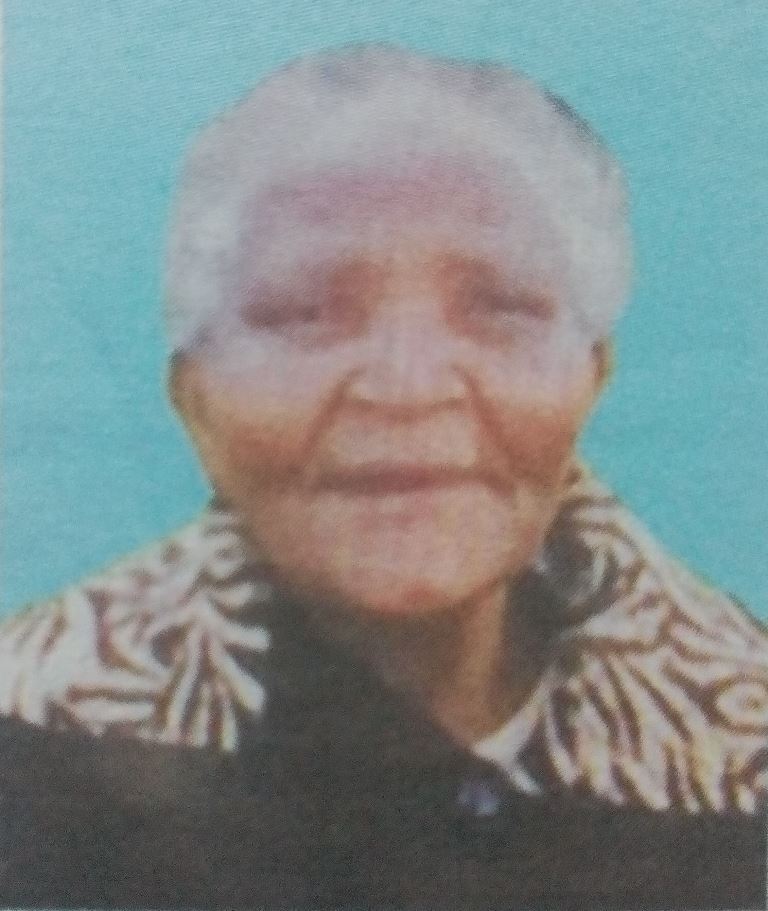 It is with humble acceptance of God’s will that we announce the passing on to Glory of Josephine Wanjiru Nderitu on 11th July 2017 at Outspan Hospital after a long illness bravely bone. Wife of Francis Nderitu Ngari of Luisoi village Kyeni.

Mum, you fought a good fight, kept the faith and finished the race.

Forever in our hearts you will remain. Rest in peace.