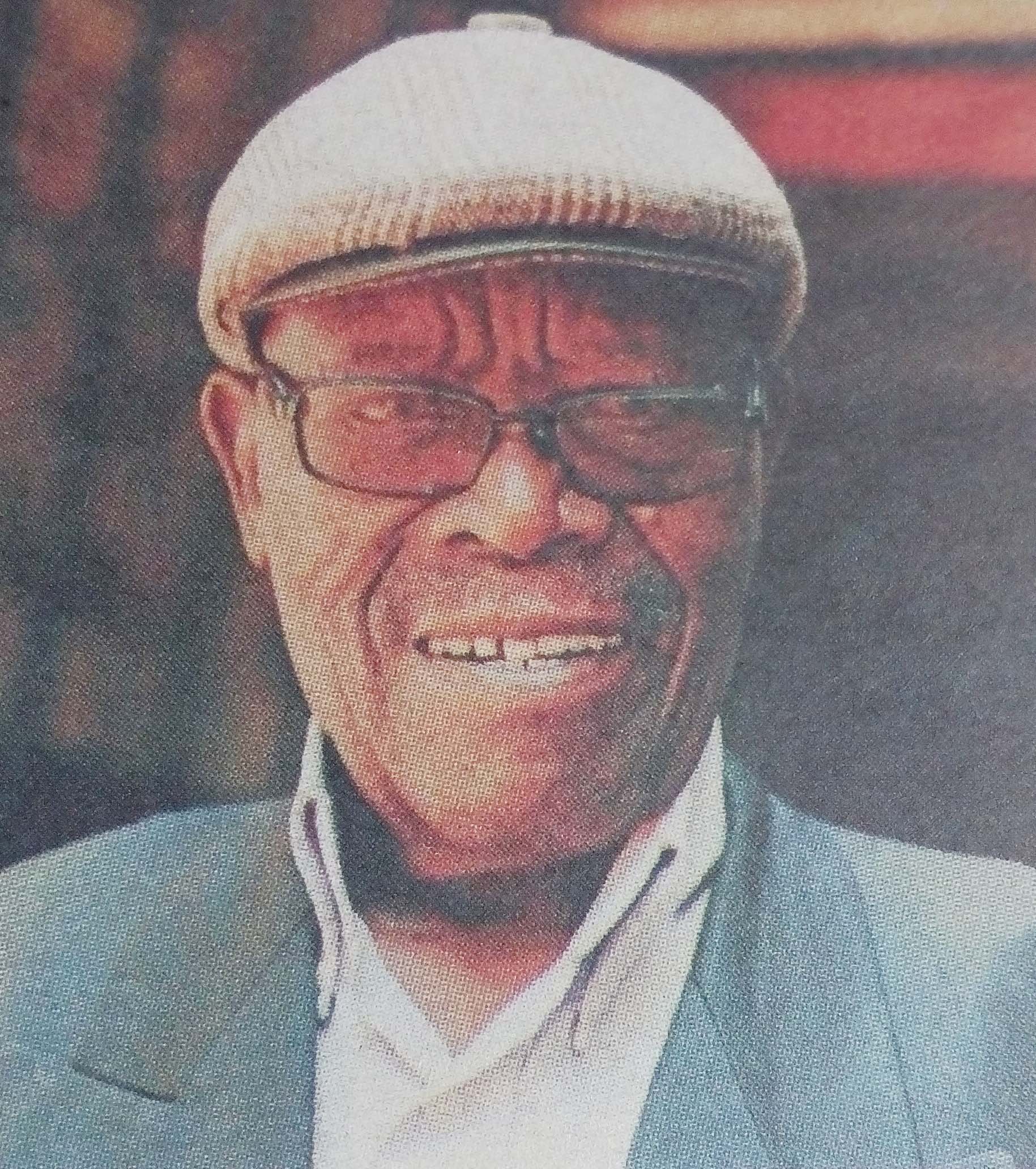 We are deeply saddened to announce the passing on of Josphat Muiruri Kihanya beloved husband of Margaret Wanjiru Kihanya. Son of the late Zakayo Kihanya Miano, the late Mary Wanjiku and the late Grace Nduta. He was son in law of the late James Muigai, the late Elizabeth Mumbi and late Minne Ngina.
He was father of Peter and Muthoni Kihanya, Kathleen and Michael Mwaura, the late Muigai Kihanya, Mumbi  and Njau Muriuki, Joe Kihanya and Lucy Njuki McCoy.
Grandfather of Ciru, Ciku and Wambui Kihanya, June Nduta Kinyua, Njau and Makena Muriuki, Miano and Nadia Muchiri, Miano and Jamie McCoy.
Great grandfather of Eli Kinyua Oduor-Abongo. He was the edest sibling of mbari ya Kihanya and a brother in law to the Muigais.
Prayer meetings will be held on Friday 18th November and Monday 21st November at Peter Kihanya’s residence from 6pm at Thigiri Ridge opposite New Muthaiga Shopping Centre.
A prayer and thanksgiving service to celebrate Dad’s life will be held at 2pm on Sunday 20th November at the same venue.
Funeral service will be held on Wednesday 23rd November 2016 at 10am at The Holy Family Basilica followed by burial at his farm (Surrey Farm) off Kenyatta Road, Gatundu South.

Precious in the sight of the Lord is the death of his faithful servants.
Psalms: 116:15