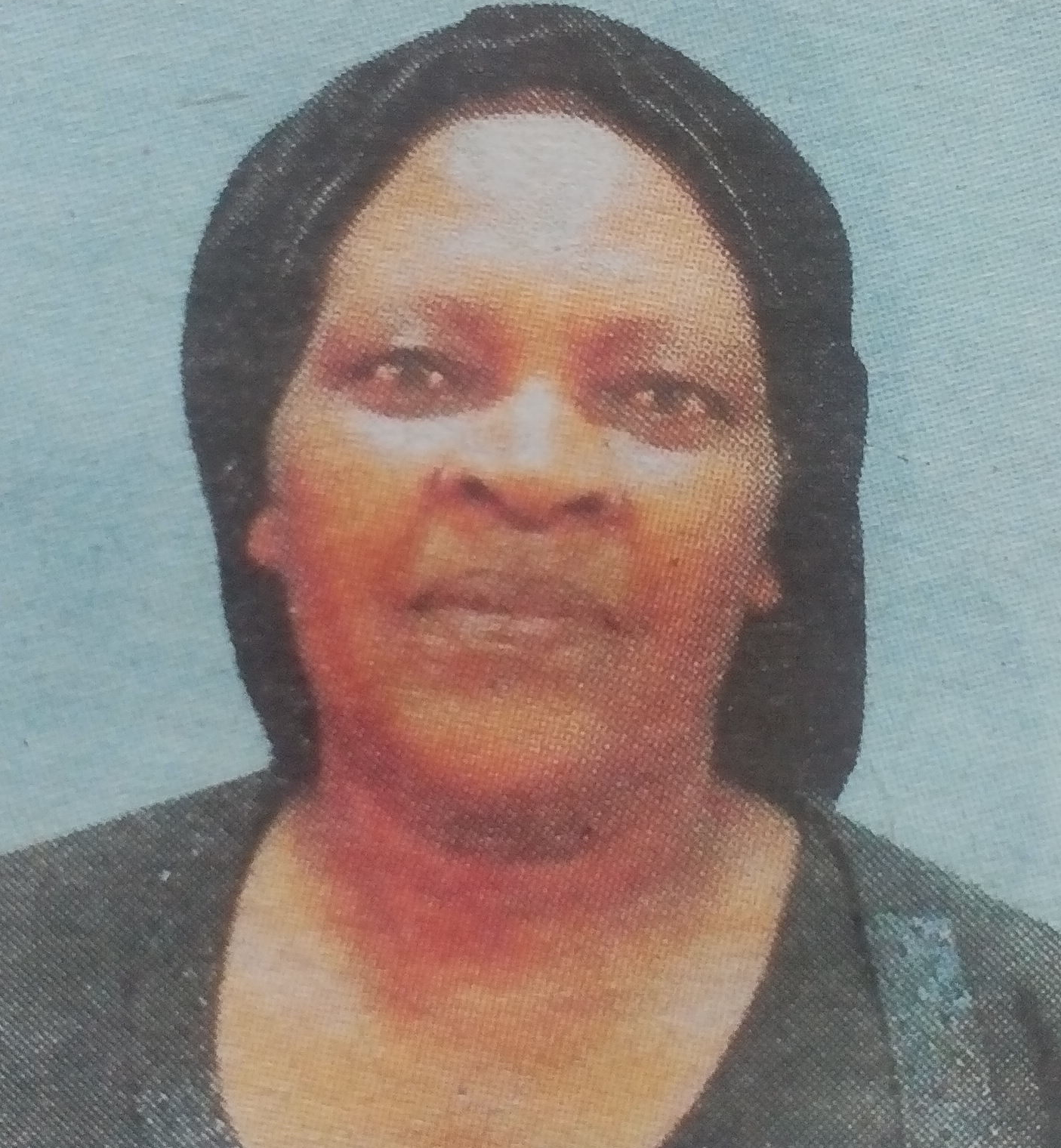 It is with humble acceptance of God’s will that we announce the death of Joyce Mwongeli Ndolo which occurred on Tuesday 7th March 2017 after a long illness.

Family and friends are meeting at her home Kitanga Village, Machakos.

The cortege leaves Machakos Funeral Home on Saturday 11th March 2017 at 10am for a funeral service and burial at her Kitanga Village Home, Kitanga Location, Machakos County.

we belong to the Lord.