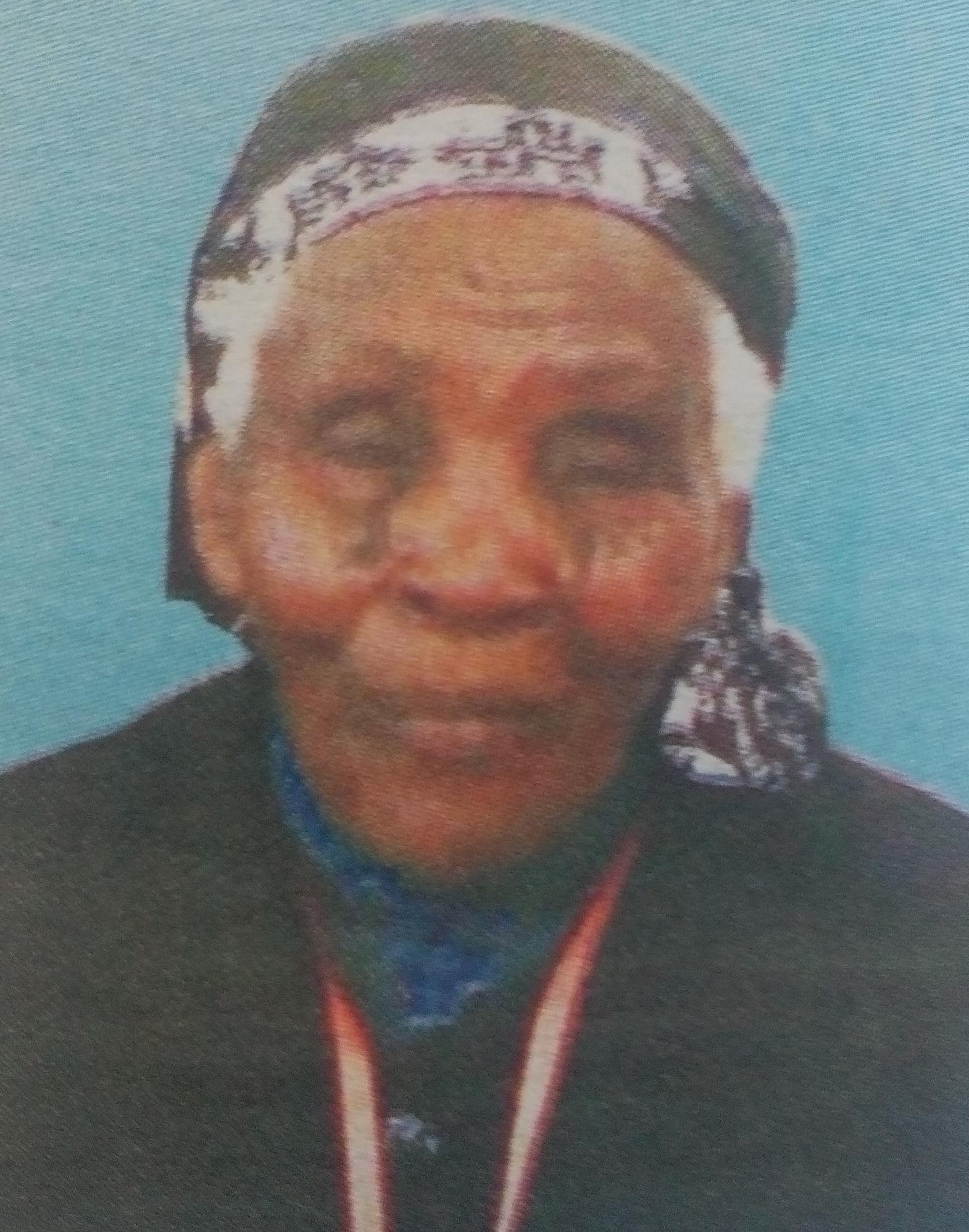 We the family of the late Paul Gitau Gachau regret to announce the demise of our beloved mother Lucy Wanja Gitau.

Wife of the late Paul Gitau Gachau of Kigami Lioki. Co-wife of Mary Kamwende and the late Hannah Wairimu.

Sister of John Gitari Muhinia, Ng’endo, Nyakaria among others. Mother-in-law of Daniel Karanja of Ruiru, James G. Wahome of Nyeri. Doting grandmother and great Grandmother of many.

Friends, relatives and well wishers are meeting at her home in Kigami for prayers starting at 4pm and at Kiambu Senior Officers Club starting 6.00pm daily.

The cortege leaves Kenyatta University Funeral Home on Tuesday 4th April at 9am for interment at her farm at Kigami Loki.

In God’s hands you rest, in our hearts your legacy will forever live.